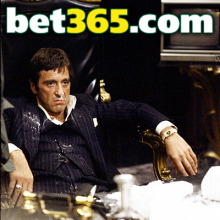 If Jonathan Parke had his way, the UK would shutter its high street bookmakers and replace them with South African-style mega-casinos. Parke, a senior lecturer at the Centre for the Study of Gambling at the University of Salford, claims that large casino complexes cause less problem gambling than betting shops because they’re not entirely about gambling, what with the Vegas-style shows and restaurants and such. Parke seems curiously unaware that South Africa’s National Responsible Gambling Programme pegs the nation’s number of problem gamblers at 4.6-4.8%, while the UK’s recent Gambling Prevalence Study counted less than 1% of its citizens as problem gamblers. Perhaps Parke ought to stop lecturing and start reading?

Psychologists have performed preliminary research that suggests gambling could be used to help cure cocaine addiction. The idea began as a pilot project in Basel, Switzerland, based on the notion that both cocaine and gambling stimulated similar ‘reward centers’ in the brain. A study was designed in which each addict was administered regular drug tests. If the addict passed, he/she was given the equivalent of instant-win lottery tickets, for which the prizes were nominal gifts such as fountain pens. The Swiss shrinks say that receiving even these small tokens was sufficient to stimulate the release of the same euphoric hormones caused when cocaine was administered. Frankly, it sounds pretty daft to us, and we suspect the addicts were using those pens to snort blow within the hour. But to be fair, we’ll wait for the results of the large-scale trials before we start calling this experiment a Swiss miss.