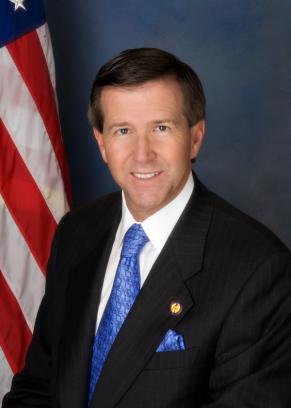 Barney Frank has so far been the hero, and the reason for hope, in the internet gaming industry awaiting Federal legislation that would allow the likes of Caesars, MGM and PartyPoker to offer poker over the internet to the US players.

After the Republicans have claimed the majority in the US Congress and Harry Reid’s last minute bill in the lame-duck session failed to gather enough support, most experts agree that the individual US states will now take a lead in iGaming regulation, just like New Jersey and California have already demonstrated.

Harry Reid is said to continue his campaign to legalize internet poker on the Federal level and with this double effort in the US Congress and in State Assemblies, both competing for tax revenue that internet gaming companies could generate, the question of Federal vs. State legislation is still very valid as both initiatives will see continuation, followed closely by the industry.

One of the sponsors of the Barney Frank bill, US Congressman John Campbell (R-CA), will join a political discussion during the 11th Global iGaming Summit & Expo on May 17-19 in San Francisco, CA, to examine the drivers and obstacles of a passage of internet gambling bills in the USA.

Together with John Campbell (R-CA), the panel will see Councilmember Michael A. Brown, the proponent of an internet poker initiative that will allow the DC Lottery to offer gaming over the internet and former US Congressman from Nevada, Jon Porter (R-NV), who, back in 2006, introduced a bill that called for the study of internet gambling.

“The US legislators have come a long way since UIGEA in acknowledging the existence of unregulated internet gaming that could be a source of revenue so desperately needed by the Federal government. There is a much greater acceptance from the political point of view for the legalization of iGaming and GiGSE in San Francisco will be an excellent place for policy-makers to broaden their knowledge on the topic and to engage with the industry,” commented Jon Porter (R-NV).

These current and former legislators will be joined by an array of industry experts who represent key interest groups, including land-based casinos, tribal councils, lotteries, pari-mutuels, horse-racing industry, card clubs, global iGaming operators and suppliers to the gaming industry.

Regulators from New Jersey, Nevada, California and Alderney will map the regulatory process and address challenges in online regulation and enforcement. US suppliers will also be present to talk about their plans to provide interactive and online products to their existing customers in the land-based space.

Top managers of PartyGaming, 888 Holdings, Rank Interactive, PKR, Chilipoker and Interactive, Groupe Partouche will give their view on North American regulation and share the experience of mature and already regulated markets. They will be joined by proponents of alternative business models that are now legal and operational in North America and can help to build online databases and develop online brand – social gaming, TV formats, fantasy games – also potential new entrants to the marketplace should online gaming become legal.

Having already assembled an impressive line-up of over 50 speakers who are at the forefront of the iGaming debate in North America, GiGSE re-confirms its position, established in Montreal in May 2010, as the only event where the future of internet gaming in the USA and Canada is shaped.

The 11th Global iGaming Summit & Expo (GiGSE) will take place on May 17-19, 2011 in Fairmont Hotel in San Francisco, California. More details and registration available on www.gigse.com.