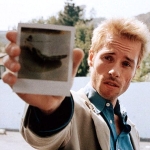 Having spent his formative years in Pittsburgh, Dallas Mavericks’ owner Mark Cuban is a big Steelers fan. He’s expecting 43 guests in his private box at Dallas Stadium next Sunday when Pittsburgh takes on Green Bay at Super Bowl XLV. When asked if he had a friendly wager riding with the Mavericks’ president of basketball operations (a Packers fan), Cuban replied: “Gambling is not allowed in the NBA.”

Cuban learned this fact midway through the last decade, when his attempts to start a sports gambling hedge fund ran afoul of the National Basketball Association’s head office. Nowadays, Cuban advises anyone who’ll listen that “the stock market is for suckers” and that people “should put [their] money in the bank.”

The stock market’s whole rationale, at least, the one that CEOs trot out when their actions need defending and/or bailing out, is that listing provides companies with the necessary capital to grow their business. That may have been true in the 1960s, when the average holding period for stocks was eight years. Nowadays, the average stock is held for just nine months. Still, that’s a veritable lifetime compared to automated high-frequency trading (HFT) firms, some of which hold a stock for an average of nine seconds.

This Friday provided a good example of the market’s short-term focus and the (over)reaction to relatively insignificant news. Bwin and PartyGaming shareholders voted to approve the merger of their two companies, and the stock of each party immediately went up 5%. (Not enough to make up for their losses since the merger was announced, but still…) Why this enthusiastic response from the market to what was essentially a formality? Did anyone really anticipate either of these company’s shareholders would reject the deal? Or did some HFT computer scanning the financial wire detect the names of these companies in conjunction with the word ‘approve’ and automatically began issuing ‘buy’ orders?

A limited investor attention span compels execs at public companies to take an equally limited outlook on their business plan. Their entire focus becomes beating the street’s estimates for next quarter’s results. If those estimates are beaten, the execs collect performance bonuses (often in the form of stock options), further diluting the company’s value.

This short-term focus has entered the realm of farce. As part of their economic meltdown post-mortem, a US Senate banking committee surveyed 400 companies’ chief financial officers. Eighty per cent of these execs admitted that they’d be willing to cut R&D spending if it would result in an improvement to their immediate bottom line. These guys behave like Guy Pearce in Memento, except instead of being limited to a 15-minute window, they can last a whole three months before their memory is wiped clean and they start over fresh. Given this revelation, it would seem that the chief aim of going public has very little to do with growing a business; instead, the intent is to allow a small core of company principals to cash in their investment while the going’s good.

Perhaps this is why Calvin Ayre is so adamant that the public company model is the wrong one for the online gaming industry. It’s hard enough building a strong company without having (a) jittery investors picking away at your company from the outside, and (b) equally short-sighted execs undermining your company from the inside. Wait a minute… Um, what were we just talking about?