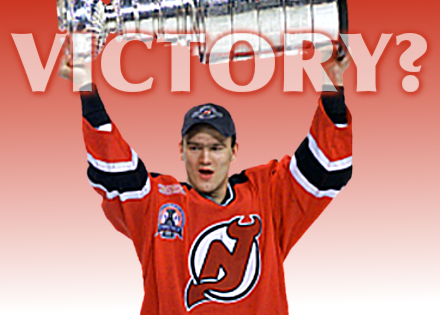 Late Monday afternoon, the New Jersey Assembly approved A-2570, the companion piece of state Sen. Ray Lesniak’s S490 bill, which would allow Atlantic City casinos to offer instrastate online gambling (including poker) to state residents. The vote in the Assembly was 63 to 11 in favor, with three abstentions. The bill now travels to the desk of Gov. Chris Christie, whose signature would create the first legal online gambling jurisdiction in the United States.

How ironic is it that New Jersey, the butt of so many jokes as a backwater bastion of big hair and unrefined tastes, especially when compared to their supposedly cutting edge neighbors in New York City, would prove to be the trendsetters here? Respect to the bridge & tunnel crowd.

While it’s always possible that Christie might choose not to sign the bill, the bipartisan support shown in both the Senate (where it passed 29-5) and Assembly would mean he’d have to come up with a pretty good argument for rejecting it. Especially when Lesniak would counter with the argument that Christie was preventing the creation of 500 high-tech jobs as well as denying the state some extra taxation revenue.

Other bills receiving approval included Christie’s plan to create a state-run tourism district within Atlantic City, the transfer of certain regulatory matters from the state Casino Control Commission to the Division of Gaming Enforcement in the Dept. of Law and Public Safety, the establishment of a Casino Gaming Study Commission, and incentives for the state’s horse breeders.