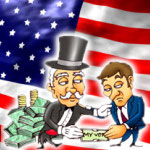 Public disclosure forms reveal that MasterCard spent $840k lobbying the US federal government in Q3 2010. While most of that was devoted to financial reform concerns, MasterCard did give up an undisclosed amount of green for “Issues related to the use of payment cards regarding the regulation of Internet gambling, including H.R. 2267 [Rep. Barney Frank’s Internet Gambling Regulation, Consumer Protection and Enforcement Act].”

Harrah’s (now Caesars) spent over $1.2m on lobbyists in Q3. Despite their obvious interest in their land-based casinos, online gaming issues made up a significant percentage of their lobbying spend.

The disclosure period predates the lead-up to Sen. Harry Reid’s late-2010 attempt to push an online poker bill through the Senate, so we don’t yet know how strongly any of these companies backed the Nevada politician’s efforts. But whatever they paid, we already know what they got in exchange. Bupkis. The only real winners in this group appear to be the National Football League and the NCAA, who together spent $540k to ensure the status quo (no US sports betting outside Nevada) remained the status quo.

If some of those gaming companies listed above had listened to Calvin Ayre’s prediction that expecting changes at the federal level was like waiting for Jesus to return, they might have saved themselves some money, or at least redirected it to some charitable organization that might have actually done some good with the cash, rather than have it vanish inside the financial Bermuda Triangle that is Washington, DC. Perhaps that might be a good New Year’s Resolution to adopt, hmm?