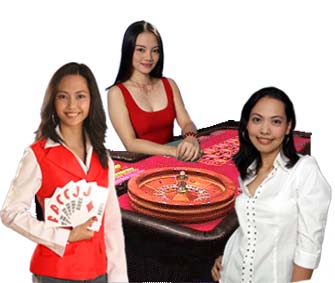 Casino games with live dealers provide users with a look and feel of being in a casino. Without question, there’s a thin line between the sexy dealer you love and jail bait. Of course when you’re running an illegal online gambling operation out of a rented television studio in Taipei your already past the line.

16 people were arrested in Taiwan when an operator was busted for running an illegal gambling operation out of a rented television studio. In the first three months of it’s existence, the website saw 1000 new visitors. Reason being, the operation had paid $50 000 to a modeling agency for 40 models who would act as dealers. These weren’t certified dealers, they were just hot girls wearing very skimpy clothes and rubbing dice on their boobies. Sounds all well and good, big problem was some of the girls were under-aged, some even as young as 16 and 17.