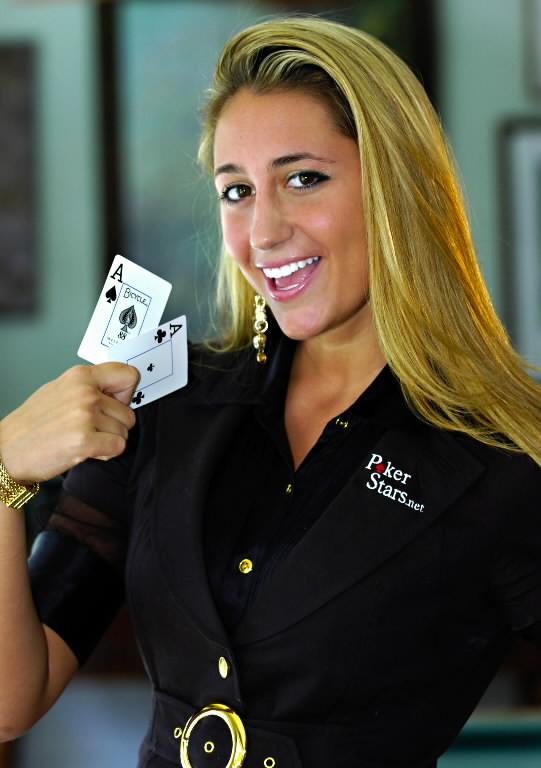 Vanessa Rousso is one of those poker players that many men would walk into at a tournament and assume was a poker WAG. Her husband’s a poker pro so you could be forgiven for thinking this. We bet that releasing an iPhone app made you look up and take notice, eh?! Not only does it let you play one on one, she also imparts her knowledge. After this she’s gone a step further by releasing her own advice on how to eats when playing poker.

In a recent documentary, Rousso commented: “One of the secrets to going deep in a main event is mental and physical endurance. Keeping track of your blood sugar level and not bloating up on too many carbs or processed sugars will really help you do well during the course of a tournament. So, I like to start out [when I play poker] with muesli or oatmeal and that’s pretty much the only carbs I’ll have all day. I’ll also have some orange juice and hard-boiled eggs – which should be in there somewhere for protein.”

So anyone looking to take the French-American out for a dinner date should take note of the menu first – unless your name’s Mr Atkins. She is a lean, mean, poker-playing machine after all.