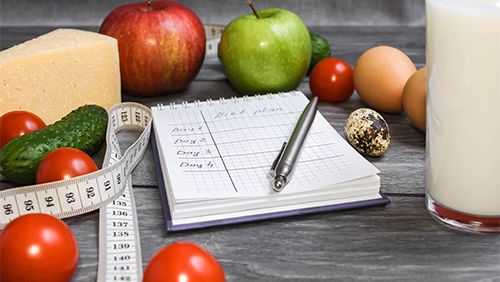 Looking to lose some weight this year? You might be considering a diet, along with some healthy exercise of course. But don’t get caught in the trap of falling for the first diet you see on social media. Consider some of these tried and tested solutions to get the right fuel in your body and achieve your goal.

There’s a good reason Mediteranean countries have some of the highest life expectancy rates: it’s how they eat. The Mediterranean diet has been ranked #1 by the  U.S. News & World Report for four years running now.

The focus of eating Mediteranean is on vegetables, fruits, whole grains, beans and seeds, fish, and lots of extra virgin olive oil. There’s not much butter to it, really no refined sugar or floud, and meat is more for flavor. Say goodbye to refined sugar and flour except on rare occasions. Fats other than olive oil, such as butter, are consumed rarely, if at all.

The benefits from less carbs and unhealthy fats are a slimmer waistline, but also slower cognitive impairment.

Standing for Dietary Approach to Stop Hypertension, the DASH diet focuses on improving health and reducing blood pressure. It has a focus on lowering sodium by focusing on grains, fruits, vegetables and low-fat dairy. 6 to 8 servings of Grain, 4 to 5 servings of vegetable, another 4 to 5 of fruit, a couple of servings of dairy, and as little meat as you can take.

For a while there, it seemed like everyone was giving Keto a try. With a focus on avoiding carbs like the plague and replacing it with meat, it’s like the anti-DASH diet.

Although it can certainly deliver results fast, Keto has consistently ranked at the bottom of diet rankings, both because its very hard to stick to and because it can be dangerous. It also goes against dietary guidelines, which never recommend entirely cutting something out of your diet, as Keto does with grains and sugar.

The Dukan diet, which only lets you choose from 100 foods but has a similar focus as Keto, avoiding carbs, is also discouraged by nutritionists.

One of the newest diet fads ranked by the U.S. News & World Report is Noom, an app that helps you track your intake and give suggestions on how you could do better. There’s a good reason for this.

Ultimately, everybody’s body is a bit different. Just because a diet isn’t working for you doesn’t mean another won’t do wonders. By consulting with an expert, you can figure out what changes you need to make to your diet to achieve your goals, be it weight loss, a healthier heart or generally feeling better about yourself. A personal consultation is best, but if you can’t afford that on the regular, an app that does similar might be a good idea!