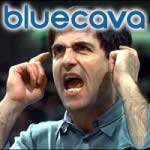 Mark Cuban, the flamboyant billionaire owner of (among other things) cable network HD.net and the NBA’s Dallas Mavericks, has put his money behind BlueCava, a credit bureau for devices conducting business online. As part of a reported $5M investment, Cuban will join BlueCava’s board of directors.

BlueCava helps companies that do business online confirm the ‘fingerprint’ of any desktop or mobile device on the other end of a web transaction. BlueCava’s fraud prevention technology works with computers, smartphones, video game consoles and set-top boxes worldwide. The company charges 1/100th of a cent per device transaction and 1/10th of a cent per device reputation transaction, rates that it claims are 500 times less than historical industry averages. With Cuban on their board, we predict BlueCava’s meetings will now be 500 times as loud.