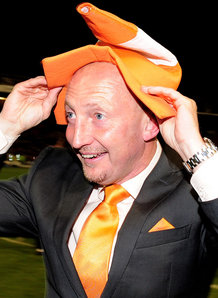 Apart from the possible arrival of the SuperCasino, Ian Holloway gave us all another reason to visit Blackpool over the next 12 months, after guiding the Seasiders to the promised land of the Premier League at the weekend, with an eventful 3-2 win over Cardiff. Not many bookies are giving Blackpool much hope of staying up next season, with Victor Chandler offering 6/4 about the newly promoted side winning less than four games in VC during the 38-game season, but at least we’ll be treated to a wealth of Hollowayisms for as long as he lasts at the helm. Read more.

UFC 250 Odds: Roundup of the Rest of the Card
Dan Taylor
9 hours Ago

Betfair walks away from Japanese racing
Daniel Gardner
10 hours Ago