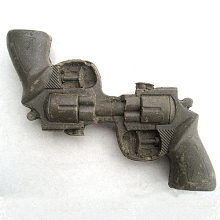 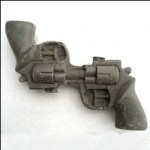 I have a well-placed source inside the ongoing negotiations between PartyGaming and Bwin to merge these two messy public companies into one über messy public company. The deal will be officially announced shortly and champagne corks will be popping all over the industry. This will not be the death of either of these poorly run and (at least in the case of Bwin) unprofitable businesses, but after two years of distraction and the loss of many of both companies’ top talents, what is left will not be as powerful in the industry as any of the existing entities are now on a standalone basis. I can understand why they feel like they must do something to stop what they perceive as the inevitable decrease in industry share for both these organizations, but merging seldom ever creates the value that the executives crave. Their real problem is that they have the wrong structure — they are public, but it is private companies that are destined to take over the industry.

I have published a number of articles stating my opinion of what the implications of such a merger would be for the rest of the industry. Bottom line is that the rest of the industry will benefit, because when two companies become one it’s like taking one competitor out of the market. The merger details will distract the new entity for two years or so, allowing other, more focused companies to grab market share. Additionally, talent and domain knowledge will be released from both organizations and these will be soaked up by aggressive and focused competitors. I was talking with the CEO of Bodog Poker Network, who tells me he is also taking over Bodog Europe, making him the CEO of a group that will be growing aggressively in Europe in Sports, Casino and Poker. He is ecstatic at the opportunity to pick up a lot of the Bwin and Party Gaming talent. To that end, he wants it known that he is hiring aggressively in all three of his major channels right now, and he invites anyone let go in this merger, as well as anyone not happy with their situation at Party or Bwin to contact him directly about opportunities with Bodog Europe. He also wants to extend this offer to anyone currently working at any of the industry’s boring and restrictive public companies. After all, with its flexible private company structure and fun innovative culture, Bodog Europe is well known as the best place in the industry to work.