They say a picture is worth a thousand words. The above picture is the stock chart of bwin.Party Digital Entertainment (BPTY.L) since July 29, 2010, the day that bwin Interactive Entertainment AG and PartyGaming announced their merger; and it says it all. In nearly three years, the stock has not reached its price of 309.5 pence; in fact, it has not come close. More notably, the valuation of the combined entity is now below that of either PartyGaming or bwin Interactive when the two companies merged.

As I wrote last year, the struggles of the company, and BPTY stock, should no be surprise. I’d add that we hate to say “I told you so,” but that’s a lie – it’s actually a lot of fun to say, “I told you so.” (Don’t believe me? Call someone right now and say, “I told you so.” It was awesome, wasn’t it? Told you so.) Before the merger was even officially announced, our own Calvin Ayre called the deal “a mutual destruction dance.” Ayre correctly predicted a loss of talent – and market share – at the combined entity, noting that “what is left will not be as powerful in the industry as any of the existing entities are on a stand-alone basis.”

Certainly, few would argue that bwin.Party is, as PartyGaming once was, an industry leader in terms of innovation, marketing, or growth. The company’s weakness was highlighted by the release of first quarter earnings last week, which showed substantial revenue drops both from the prior quarter and the first quarter of 2012. But most worryingly for the company and its investors, the problems facing the company clearly and directly result from the bwin-PartyGaming merger and decisions the company has made in its wake. Adding insult to the injury, the major issues now facing the company were easily foreseeable – and indeed, were predicted by observers across the industry and on this site. As such, bwin.Party’s ability to, as CEO Norbert Teufelberger said in the Q1 earnings release, “improve the revenue trajectory” of its business should remain seriously in doubt.

In the most recent quarter, revenue fell 17 percent year-over-year. In the release, Teufelberger explained the decrease as a result of “our tactical shift from ‘volume’ to ‘value’” that was announced in conjunction with 2012 full-year earnings in March. In a conference call accompanying the Q1 release, the CEO told listeners that bwin.Party would focus its customer acquisition efforts on only ten regulated markets, down from “more than 30” markets in which the company had historically competed. Teufelberger attempted to frame this decision as a long-term benefit for the company, explaining that the move “will enable us to sharply reduce our cost base and the complexity of our operation. The introduction of more agile development processes that are focused on cutting the time to market and increasing the quality of product will expedite our transition from integration to innovation in 2013.” 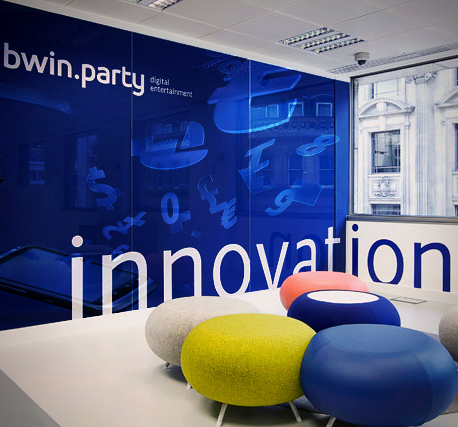 There is no simpler, surer way to explain the decline of bwin.Party than in Teufelberger’s rationalization of the company’s decision to step away from marketing itself in nearly two dozen countries. To begin with, the company’s need to withdraw from so-called “grey markets” is a direct result of the decision by both PartyGaming and bwin to go public in the first place. (As an aside, one cannot make the argument that Teufelberger is simply playing the hand he was dealt. According to the bwin.Party corporate website, Teufelberger himself, while at bwin, was “instrumental in drawing up the initial business plan of the company and the subsequent structuring and preparation for its public listing.”) Once again, Ayre predicted this very problem. In a widely read 2011 article on this site, Ayre argued that the very nature of the public structure created a significant competitive disadvantage. Public companies are less willing to take risks – such as competing in grey markets – because the regulatory structure is “there precisely to make sure board members stay out of jail by not doing something stupid – like trying to open up a business in Asia or take pretty much any risk.” Indeed, bwin.Party’s recent decision to stop accepting new customers in 18 countries – including several in the developing South American market – is a example of this very phenomenon.

And yet, the company is spinning this revenue weakness – again, weakness directly caused by the company’s decisions – as a positive. Note Teufelberger’s defense of the pullback. First, it will “enable us to sharply reduce our cost base.” That would be great for shareholders – if the lowered costs weren’t matched by lower revenue. It’s akin to a man who gets laid off from his job noting happily that he will spend less money on gas, since he doesn’t have to go to work anymore. While cost savings – now projected to be €70 million in 2013 – were a key driver of the supposed benefits of the merger, the company was also expected to see top-line gains as well. The theory espoused by bwin and PartyGaming executives was that the combined companies’ heft would boost revenue, by driving poker liquidity and increasing marketing effectiveness. But poker revenue continues to drop, as noted, and the marketing boost promised in the wake of the merger clearly has not created projected growth in other segments either.

Similarly, Teufelberger’s argument that withdrawing from grey markets would “reduce the complexity of our operation” is laughable on its face. There’s another way to “reduce the complexity” of one’s operation; don’t execute the largest merger in the history of online gambling. And, once again, as with the argument about lower costs, lower complexity also means lower revenue. Most notably, the need to withdraw from so many markets, again, belies the emphasis on “scale” used to justify the merger in the first place.

But it is the very last sentence that defines bwin.Party’s current dilemma as an oversized, underwhelming player in the online gambling universe. “The introduction of more agile development processes that are focused on cutting time to market and increasing the quality of product will expedite our transition from integration to innovation in 2013.”

Compare that statement to Ayre’s from 2010: “The merger details will distract the new entity for two years or so, allowing, other more, focused companies to grab market share.” Teufelberger’s statement is a direct confirmation that Ayre’s fears about the bwin-PartyGaming merger were completely realized. Nearly three years after the merger was announced, the company is only just now moving “from integration to innovation.” In the meantime, its sphere of influence has been radically downsized, its poker market share has tumbled, and its share price has fallen by more than a half. It has been passed by far more nimble competitors; 888 Holdings (888.L) is steadily taking market share in poker, while companies like Paddy Power (PAP.L) are effectively using mobile apps and marketing strategies to drive revenue growth. According to Paddy’s 2012 annual report, 32 percent of online revenue came from mobile that year; by way of comparison, in Q1, bwin.Party drove just 8 percent of revenue from mobile channels.

The issues facing bwin.Party, issues brought into focus by its Q1 release and its full-year guidance for lower sales, are structural problems largely caused by the company’s merger and its strategies since the tie-up. Teufelberger has talked about cleaning up “broken windows” such as the weakness in poker and casino, but that is easier said than done. The supposed benefits of the “scale” provided by the merger have been illusory; the projected pitfalls of the combination have been all too real. Even with the recent weakness in the stock, BPTY shares have moved up over thirty percent from all-time lows late last year. But that seems unlikely to continue going forward; this is a company – and a stock – that right now is simply broken.