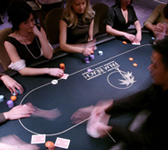 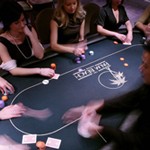 The World Poker Tour is coming to London town. Given that it was bought by PartyGaming last year it’s possibly no great surprise to learn that its making its debut in the English capital in September – but that’s no reason for Londoners not to get excited. The Palm Beach Casino ain’t exactly the Bellagio but it’s as close as London gets – at least until the Hippodrome Casino opens next year. Hopefully, come August 30, the Mayfair Hotel can put on a show so it’s worth getting involved – and if you can’t afford the £5,000 + £300 buy-in, there are online satellite tournaments or offline qualifiers at poker clubs and casinos across London. Shuffle up ‘n’ deal. Read more.