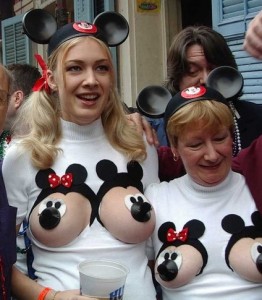 Interestingly enough, getting banned for life only sometimes means forever, but that’s still a heck of a long time as big time punter Neville Clements is about to find out. Read more.

Even doctors, they can get a little nooky from a patient or two, heck, even kill a couple and they’ll likely get a suspension and a malpractice suit before they catch life long ban. It’s the same with lawyers. Anyone who has worked in an online casino knows it sure does take a lot to get banned for life from a gaming site. There’s guys that will cuss a customer service rep out from the time they wake up in their trailer park in the morning till the time they go to bed at night with their sister, and the worst they get is a note on the account “ Client is rude”.

So how do you get banned for life? Baseball legends Willie Mays and Mickey Mantle were banned from baseball in 1983 for being hired to work for Atlantic City Casinos after they had already been retired. Under then commissioner Bowie Kuhn, a casino “ was no place for a baseball hero and Hall of Famer”, The times certainly have changed. Both Hall of Famers were reinstated two years later under a new commissioner who didn’t have his head up his ass.

1920 saw eight men from the Chicago White Sox banned for conspiring to throw the World Series, including Shoeless Joe Jackson, the last time he stepped on a field after that was in the Field of Dreams. And then of course there is Pete Rose. The funny thing about Pete Rose is he’s arguably the greatest baseball of all time, and many regard it as a travesty that he’s not in the Hall Of Fame. But he bet on baseball, something I do all summer, so I guess that get’s him banned for life. After years of denial Rose finally admitted to betting on baseball, and instead of reinstating him, it was a big Ahah! We knew it!

It turns out that sports, casinos and racetracks aren’t the only places you can get banned for life. I’m sure we all have those friends who can’t enter certain places, like theaters, that one Irish pub and a certain stripclub after that one batchelor party… They said no, not “Go” touching… You can even get banned for life from Wal-mart, should you have the unfortunate experience of having to shop there. I might get banned for life if one of those “special” greeters harasses me about my bags again. It’s just a box of condoms, toothpaste and gum, don’t know why you want to see my receipt, you can’t read so what the fuck?

Getting banned from places typically involves either injustice, blatant defiance, a refusal to cooperate, or just plain buffoonery and it usually involves a story of pretty epic proportions.