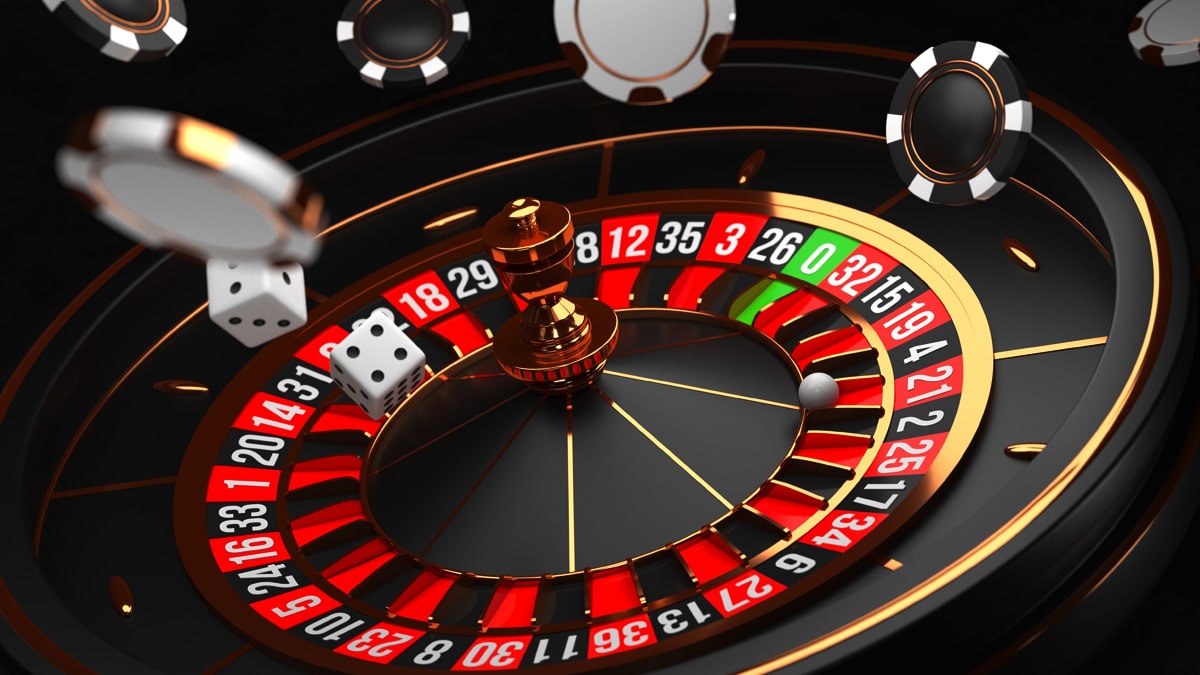 Relax Gaming, the igaming aggregator and supplier of unique content, is kicking off the year with another blockbuster slot game, Kluster Krystals Megaclusters™.

The title is Relax’s first take on Big Time Gaming’s Megaclusters™ after becoming the first supplier to gain IP rights to the popular mechanic, with every spin bringing the possibility of upgrading symbols for an incredibly rewarding player experience.

Winning clusters kick things up a notch, causing all neighbouring symbols to upgrade to a double, triple or quad. The feature also applies to multipliers, boosting them by up to three times their starting value, causing win potential to soar. Serving up even more action is the treasure trove of Krystals, with three mini features that are guaranteed to trigger a sequence of six avalanches, each offering the chance for players to enhance their game.

The bonus round is another big rewarder, with up to seven free spins up for grabs and the potential to unlock four more. The symbol upgrades are hidden in every nook and cranny of this game, so there’s always a thrill round the corner.

Inspired Entertainment, is pleased to announce the launch of Reel Lucky King Megaways™, an Irish-themed six-reel slot game, available online and on mobile.

Gamomat on target with Crystal Strike

Gamomat has launched its latest spectacular title, Crystal Strike. This brilliant Crystal-themed addition to GAMOMAT’s portfolio is fully charged with electrostatic bursts and Spreading Wilds. Crystal Strike plunges players into a world of crystals that is heightened by an atmospheric soundtrack and there are eight different mysterious symbols on the reels.

Energy Spheres also hide within the Crystal Cave and when revealed they trigger respins and spread into large Wild blocks to enable huge wins. Crystal Strike is a 5-reel and 4-rows, 20 fixed-payline slot that is highly volatile. RTP stands at 96.17% and the title is available to all ORYX partners via ORYX HUB and for social gaming via WHOW.

Pragmatic Play has conjured up its spooky new hit just in time for the New Year, Voodoo Magic. The provider’s 5×4, 40 payline video slot sees players enter the realm of the voodoo witch and her creepy potions.

During the base game, there are several modifiers to add to the immersive experience, including the Fortune Hex which sees all low paying symbols removed from the reels and any winning paylines removed, with tumbling wins occurring until no more payouts are possible. Wild Curses can also occur on any spin, where all Scatters on the screen turn into Wilds, while up to four normal symbols can also turn into Wilds on the reels, leading to huge wins.

If three potion Scatter symbols land on any spin, then the Voodoo Mystery free spins is triggered. Players then have to pick a ghoulish card which will reveal either Free Spins, Super Free Spins or Mega Free Spins. Different multipliers of up to 50x are available in free spins, as well as mystery cards which will transform into matching symbols on the reels.

This January, exclusive to Microgaming, it’s all about leprechaun detectives, giant gorillas, and nameless bounty hunters.

The first new Microgaming game to go live in 2021 was Shamrock Holmes Megaways™ (All41 Studios) on January 5, a highly volatile six-reel slot with a big max payout, featuring the world’s most famous leprechaun detective. It’s the first of two Microgaming-exclusive releases from All41 Studios this month to employ the acclaimed Megaways™ license from Big Time Gaming.

Going live on January 12, Foxpot (Foxium) is a game which, with just three reels and just one active line, is anything but one dimensional. That’s thanks to the Fox Wheel that dominates the centre of the screen and operates as three bonus wheels in one: the Money Award, the multiplier and the respin mode, each with a different trigger. The Money Award Wheel contains three possible jackpot awards: Mini, Midi and the FoxPot, which offers wins of up to 10,000x.

Golden Stallion™ Ultraways™, which launches on January 14, is the debut Microgaming release from Northern Lights Gaming. Featuring wild horses galloping through a canyon in the Old West, this is a high-volatility slot that’s packed with free spins. And three scatters in free spins mode will trigger the Ultraways™ mechanic. Here, reel positions are split to offer double and quad symbols, which can reach a staggering 196,608 Ultraways™.

Then on January 19 there is Hyper Strike™ (Gameburger Studios), a frenetic, explosive 5×3 reel, 20 payline title rendered in glorious technicolor with a pumping disco-funk-pop soundtrack. It’s all about the scatters in this game, which can appear anywhere on a reel and award an associated cash prize, escalating all the way up to 2,000x the stake.

January 20 sees the release of Pachinko (Neko Games), a video bingo game inspired by the colourful and wonderful pachinko parlors of Japan. In Japan, pachinko is a popular kind of pinball-slot hybrid played for prizes.

There’s more Megaways™ action on January 26 with Forgotten Island Megaways™ (All41 Studios), Microgaming’s new take on the legendary king of the apes. Forgotten Island is about more than Megaways™ and a giant prehistoric gorilla. The game is packed with features, including extra reels, Rolling Reels™ and ‘Kong Spin’.

Leading casino content developer Realistic Games has made the classic land-based game Bar-X™ 7even available to online players for the first time as part of its successful Electrocoin partnership.

In a sequel to the famous Bar-X™ slot machine, the online version is a carbon copy of the land based original, complete with the same highly volatile mechanics, timings and sounds that made it a timeless hit.

Set in Realistic’s signature cabinet for an authentic land-based feel, players win through several sequences, including by way of ‘Hold on Win’, the ‘Hold Pair Feature’ and when two or nine ‘Guaranteed Wins Free Spins’ are offered at random after a straight-in win.

In addition, the ‘O’ symbol is removed in the title and replaced by a 7 symbol to guarantee a win on all nudges, giving players more chances to claim the maximum prize of 1,000x their bet.

Pragmatic Play, a leading content provider to the gaming industry, has launched a thrilling new engagement feature for its slot portfolio.

Pragmatic Replay is a function that allows players to generate replays of their top 100 wins and further share them on their favourite social media platforms.

The Pragmatic Replay feature can be launched by clicking the “Replay” icon positioned in the top right corner of the slot. With this feature, users can see replays of their winning rounds over and over again. They can either replay their latest wins or their best wins. The player’s balance is removed to guarantee anonymity and authenticity of the replay is secured through a “Replay” sign.

Blueprint Gaming has unveiled the fifth edition of the ever-popular Ancient Egyptian classic, Eye of Horus, with this latest version featuring the developer’s Power 4 Slots™ mechanic.

Based on the retail classic developed by Reel Time Gaming (RTG), players now have four-times the chance to trigger the Eye of Horus Bonus as they play across four sets of reels at the same time.

Journey to the pyramids of Ancient Egypt with Book of Gems Megaways® to discover ever-changing chambers full of golden artifacts and search for great fortune.

Skywind’s latest is a classic themed slot, dripping in gold, with a gameplay that is simple with a focus on Free Games. Open the legendary “Book of Gems” to discover the expanding Special Symbols which could lead to untold riches in the Free Games feature.

“Get ready to venture down to the golden, ancient Egyptian burial place with promises of dusting off some hidden treasures”, says Moritz Blume Booming Games’ Head of Product.

“This is a high volatility 5×3, 10-line video slot, featuring Unlimited Free Spins and glowing Expanding Symbols. Alongside a Gamble feature for good measure.”

Join the brave explorer in unearthing major symbol combos. Including the ancient Book of Tombs – the Wild Scatter of the game, urns and pharaohs. Land 3 to 5 Scatters on the reels to trigger Free Spins with a symbol expanding over the reel throughout the entire round.

Spin-crease into Higher Symbols with Fort of Fortune

The 3 by 5 reel slot includes Tumbling Reels, as well as Double, Triple, and, introducing, Quadruple Split Symbols, which increases the possibility of more symbols on a standard payline.

The provider’s latest release takes players on a thrilling underground exploration centred around Warf the dwarf. Players can guide the hardworking miner on his enthralling adventure through the cavernous Badlands of the West to unearth the captivating slot’s buried treasure.

Treasure Mania is packed with exciting features and mystery symbols. Find the Bonus Dwarf and Goblin on the same spin to uncover the Bonus Mine.