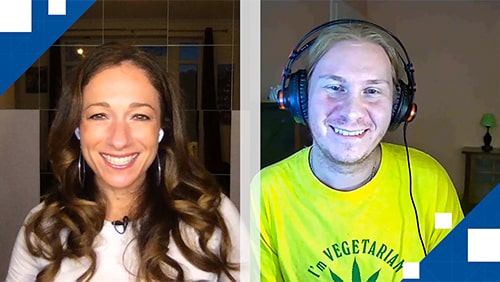 Here we are, December of 2020 and we’re about to finish off a year that unfolded in a way that no one ever could have predicted. COVID’s introduction into our lives may have turned our world upside down, but the population has already made so much progress with adapting to the unprecedented situation.

While most people refer to our current reality as the “new normal”, Zoltan Tundik, Co-Founder at Hipther Agency, refers to it in another way.

“I hate the term new normal which is something that should not be adopted”, he said.

“I think its just a temporary abnormal which leaves room for innovation and also gives us an opportunity to upgrade our consciousness and this is what happened all throughout 2020 until now and I think it will go on in 2021 as well”, Tundik shared.

Hipther Agency is the new umbrella brand for Tundik’s family of companies and events, European Gaming, Gaming Americas, WireUp, and PICANTE Media & Events. As an event organizer in the gambling industry space, Tundik and his team have done nothing but innovate this year, continuously searching for the best way to host events while COVID continues to run rampant within our world.

The concept of hybrid events has been thrown around all year, with only a handful of gambling industry organizers actually executing them, Tundik’s Tallinn event and Willem van Oort’s Gaming in Germany coming to mind as examples.

“It’s a funny story because first it wasn’t supposed to be hybrid, it was supposed to be a live conference which we postponed from May to August in Estonia, Tallinn”, explained Tundik.

“Given the fact that cases rose in certain countries during the summer, many of the delegates were asking us if there’s a live stream of the conference and how they can access it if they cannot travel. So that’s why we switched to hybrid which is something that people were talking about but nobody executed until then”, he added.

Tundik himself was unable to attend the Tallinn conference in person, logging in with Team Viewer alongside three or four moderators and nearly a dozen speakers who were also unable to make it in-person last minute.

“So we switched quickly, we spoke with a team in Tallinn, thank god the hotel was really, really prepared for such a thing” Tundik said.

“Its scary. It’s a scary thing. Especially because you’re not there to see it, but at least we have a perspective for the next year”, he added.

“We have launched many virtual conferences for next year, the quarterly meet-up series in Europe and the ones in the Americas, but we plan to keep the traditional conferences hybrid if possible”, Tundik revealed.

While everyone is dying for in-person events as we remember them, after conducting a survey in June, Tundik realized most of the people surveyed do not plan to attend a large conference until 2022. However, they would be willing to attend smaller, local or regional gatherings, with all the safety measures in place, of course.

For example, those who made it to Tallinn in August loved meeting up with industry professionals after four months of lockdown and were grateful for the opportunity. Perhaps we’ll be seeing more of these regional events in 2021, alongside hybrids and larger virtual events.

As the year comes to a close and Hipther has several virtual events (and a hybrid!) under their belt, Tundik provided some insight into how he plans to host events in 2021.

“In terms of format, since we don’t have virtual expos, we only have the discussions, there is something that we learned during our last conference, the European Gaming Congress, that engaging our participants is the best way to do it”, he said.

“I think that this should be the type of discussion format that should be approached for the next year because it leaves room for conversation. Its also a type of conversation generator, even coming together as a similar to a roundtable discussion”, he added.

In addition to ‘re-learning’ how to organize industry events, Tundik and his team are very proud to announce the launch of WireUp, a bespoke b2b networking platform, including their own broadcast and video collection.

“Its not just for the gaming industry, its also for other industries. We are going to have a business suite over there where companies can advertise, we plan to implement a feature which will allow companies to host their own webinars on the platform, even host their own conferences”, Tundik explained.