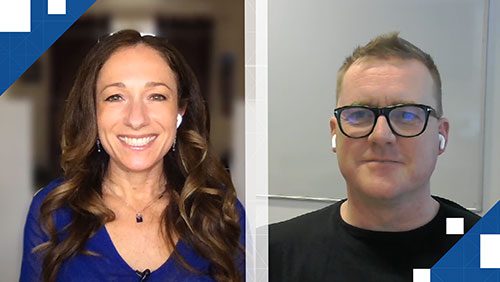 The online gambling industry is usually at the forefront of technology and marketing techniques, but what if it has something to learn from other forms of entertainment? Dylan Slaney, SVP Digital Gaming, SG Digital, thinks that’s the case, and joined our Becky Liggero Fontana for this week’s episode of the Long Con.

Although gambling is usually seen in a much different light, Slaney notes that it’s still just entertainment. “It’s been part for me of the broader entertainment industry for many years, and it’s a place where people choose to spend time,” he said. “More of that time is being spent on mobile or digital devices, so today we compete for airtime with a host of industries and companies that form part of what I think is the new entertainment industry. So Netflix, Amazon Prime, Xbox, Playstation, etc.”

When you look at a Netflix or Amazon Prime, it offers the same wide variety of choice that many online casino sites do, but they offer something much more personalized to the user’s tastes. “I think they put the customer first and foremost at the center of every decision making,” he said. “Your experience on Netflix will be very different from mine, and it’s very different for anybody that uses that service.”

That’s where online gambling should be looking, Slaney said. “All that, I think, are just areas that from an iGaming perspective, and especially a digital iGaming perspective, that we can learn from to make again the experiences that that we curate, and also create, more rewarding for our players.”

But building loyalty is possible. If a player comes back to the same game several days in a row, they may add it to that consideration set. The trick, and Slaney noted that it’s still not a trick most people have figured out, is how to get players to do just that.

Slaney also comes from a background in data, so Liggero Fontana asked what he thought of iGaming’s future relationship with blockchain technology, which with Bitcoin SV, could allow operators to store their data on chain. “I think it offers some amazing opportunities in how the industry works and manages data,” he said. “We are a data rich industry, we need to be more insight rich, but we’re definitely data rich, in terms of the amount of data that we that we as we as a business, and the overall kind of our gaming industry, create. I think the biggest issue, on actual on use cases for blockchain, is actually going to be regulators, or are they going to be able to get comfortable with the use cases that are being discussed.”

The benefits are obviously there, but they double as something regulators are still wary of. “When we talk about transparency and we talk about visibility, are regulator’s going to actually get their heads around the use of what is essentially technology that helps you to do more. but also takes transparency and visibility into an area that regulators may not be comfortable with.” He expects it to be a hot topic as we go forward.

In the full interview, Slaney also discusses how games can be tailored to bring in a younger demographic, and his insights into the ever-changing world of regulation. Subscribe at the CalvinAyre.com YouTube channel to see more videos like this as they are published, and if you prefer an audio version, subscribe to The Long Con on Google, Apple Podcasts, and Spotify.