Home / Events / Learning the gambling benefits of Bitcoin at iGaming NEXT 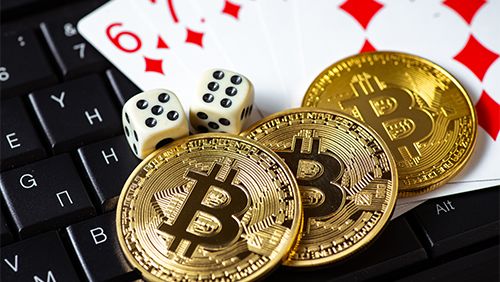 The gambling industry has some clear cut advantages from using the Bitcoin SV (BSV) blockchain in it’s tech stack. At iGaming NEXT ONLINE: Adventure of Change, Bitcoin Association Founding President Jimmy Nguyen was joined by two men who could show those advantages in action: BitBoss co-founder and CEO Matt Dickson and Hold Gaming Founder and CEO Phillip Runyan.

For the iGaming NEXT audience who weren’t quite sure why Bitcoin SV is the best blockchain solution for enterprises, Nguyen offered up a concise explanation. “It solves a lot of the scaling problems that Bitcoin and blockchains have had for many years, which in my view has inhibited the use of Bitcoin and other blockchains in iGaming and all other industries,” he said. He went on to add:

“Unlike BTC, which has kept transaction capacity very small, leading to higher fees and congestion on the network, Bitcoin SV is comfortably doing 2,800 transactions a second, has an unbounded scaling roadmap to get to 50,000 transactions per second next year, and millions of transactions per second in the future, while keeping fees super low. The median transaction fee on Bitcoin SV now is less than 1 100th of a U.S. cent, and as we’ll talk about, that is a really key part of enabling the iGaming industry to use blockchain technology at greater scale.”

Dickson gave an overview of why BitBoss uses BSV as their exclusive blockchain solution. “Scaling was always a major issue for us, the volume of transactions that online platforms process in a single day is staggering, also the amount of transactions that happen in land-based casinos is equally as large.

Runyan’s company had previously tried other solutions, but realized they wouldn’t work. “We had, for all intents and purposes, had abandoned our blockchain focus after looking at the various options and again, a complete and utter lack of speed, scale,” he said. “Ethereum was original go-to, a lot of this probably fair conversation was around utilizing this technology, was very expensive so then you had to build a bunch of architecture to sit alongside of it to kind of functions like a segue to eventually getting to where you really wanted to be.”

But when introduced to the massive scaling only available on BSV, that changed fast. “It was because of BSV that we re-entered the space to say, ‘Hey, we can now get back to where we wanted to be,’ which is to have a true means of verifying that there was fair play between two players and that’s our initial foray into this space,” Runyan said.

Dickson also mentioned the promising future of nanopayments. Nguyen explained for the audience

“What you’re talking about is a recent set of technology upgrades released by the Bitcoin SV node technical team that opens the door not just for micro payments, you know, 1 100th of a cent, even nano payments and nano transactions to achieve tiny, tiny payments, which open a lot greater efficiencies.

The pair went through the many benefits BSV presents, with Tokens being an important technology for gambling businesses. “Once you start to create a system where all the assets in the world become available to somebody in a token on Bitcoin SV, as a gambling company you start to think to yourself, what’s the point of a money transmitter?” Dickson asked. “Why am I paying these fees?”

The benefits to regulators is top of mind for Runyan, and the transparency of the blockchain can help them. “If you need to take a break for 30 days or 60 days, imagine if that worked across all the gaming institutions, it was just instantly known,” he said. “It wouldn’t be an issue, you can’t just pop up somewhere else that wasn’t aware that you were on exclusion list.”

Not everyone is sold on the transparency of blockchain technology yet, thinking that perhaps it reduces security. That’s definitely not the case, and Dickson explained how it has great potential. “It’s a very simple, small amount of data that gets time stamped, It’s provable on a blockchain, it’s provable to auditors, to regulators, to the player, to the house, to content creators, to affiliates,” he said. “That transparency, some people shy away from it, but I think as they realize that the transparency can grow and create new business models, they’re going to start to gravitate towards it.”

But what about the volatility of Bitcoin’s price? Dickson addressed how that can be addressed too: “There is the process on Bitcoin SV where you can actually go and negotiate for a bucket of transactions, you can negotiate with the miners directly, and price your transactions in fiat.”

That means fees are kept incredibly low, and it allows bets at lower limits. “When people are transacting, I’m going to put in 60 cents you’re going to put in 60 cents, like if the transaction cost is four dollars, this is never going to work right but being able to transact,” Runyan said, when referring to the high costs of other solutions like Ethereum. But with the nanopayments of BSV, new markets open up. “What we would call a penny slot machine here, a penny in some of these other countries like India, you know, it’s not our penny, it’s actually a lot more than that,” he said.

Dickson also explained how gambling partners benefit from a blockchain model. “What we’ve kind of envisioned on Bitcoin SV is that, instead of paying people based on the actual win, we pay based on the theoretical net as the game is happening,” he said. “So take a game like baccarat, somebody may wager a dollar, the house advantage isn’t much more than a penny, but then you need to pay three tenths of that penny to an affiliate, and you need to pay one tenth of that penny to the content creator, the people actually made the HTML5 game.” With Bitcoin, all of that can be done instantly for every spin of the game.

To conclude the panel, Nguyen asked each panelist what we should expect next from their companies. Runyan answered, “Our next big thing is to actually roll out our Guaranteed Fair Play engine, which users will be able to, without having to interact with any sort of blockchain scanners, we’ll have a very simple UI that will allow you to see when your deck for your challenges are created, how you played and eventually how your opponent played,” he said. The benefit of such a system can be seen in reduced costs from another part of the business. “Hopefully clear up the customer service cues,” he remarked.

For Dickson, the next big thing is helping the brick and mortar industry with their Covid-19 safety concerns. “Our major focus for the rest of the year and into early next year is to roll out our cashless gaming for casinos.”

You can watch the whole panel in the video below. Also, check out Ayre Media founder Calvin Ayre, who explained why he’s excited about Bitcoin SV technology. And don’t forget, you can still can register for the conference and watch for free online to see many great discussions.