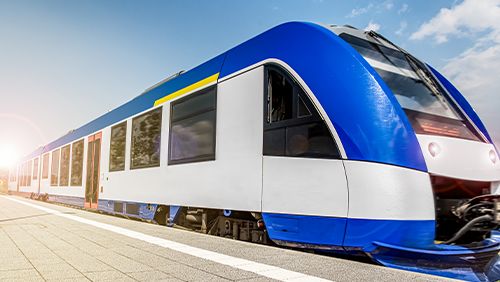 Maybe it’s just poor timing, but an attempt to find backing for a bullet train between Las Vegas and California has failed after the project didn’t attract attention from possible investors. The idea of laying a line between the gambling city and, ultimately, Los Angeles, which would reportedly cut travel time by half, made a reappearance at the end of September, with developers hoping to attract $3.2 billion through the issuance of bonds. However, it’s now back to the drawing board for the project, which has repeatedly run into a brick wall for 15 years.

Brightline Holdings began pitching the high-speed train project – again- in September, with plans to initially install rails between Las Vegas and Victorville, CA. The project carries an estimated price tag of $8 billion, which would be provided through leveraged bonds backed by California and $800 million coming from Nevada. The Fortress Investment Group-owned company, which operates other trains in the country, brought in Morgan Stanley to help attract investors, but will now need to rethink its approach.

The bonds would have reportedly offered yields of 7-7.5% and would mature in 2050. Most bonds offer yield rates substantially lower (around four times lower) and the higher yield may have actually been detrimental to the bond offering. It showed investors that there is a substantial amount of risk associated with the project, which could have been a deterrent to finding support. However, others believe it’s just a matter of liquidity. Fiona Ma, California State Treasurer, told Bloomberg, “Unfortunately there is not a lot of liquidity in the market and a lot of economic uncertainty at this moment. The project is postponed until market liquidity improves.”

Another issue with the project is the trajectory. The idea of offering a bullet train was pitched using the argument that it would reduce travel time from, and congestion in, LA. However, the initial phase stops in Victorville, which is still a long distance from the City of Angels. As a result, anyone wishing to hit Las Vegas from LA would still have to drive to Victorville, negating any chance of reducing congestion. Victorville sits about 80 minutes from LA and, after driving that distance, Vegas-bound gamblers are already almost halfway to their destination.

Fortress had until December 1 to sell the bonds, but the lack of interest forced the company to pull the plug early. It isn’t clear if the company will attempt to approach the project again in the future, or if it will offer an alternative route that might be more appealing to investors. In the meantime, the process of preparing the bonds for issuance hasn’t been a complete loss, as California, which had $600 million for the project, will use the money for affordable housing projects, recycling facilities and other ventures.