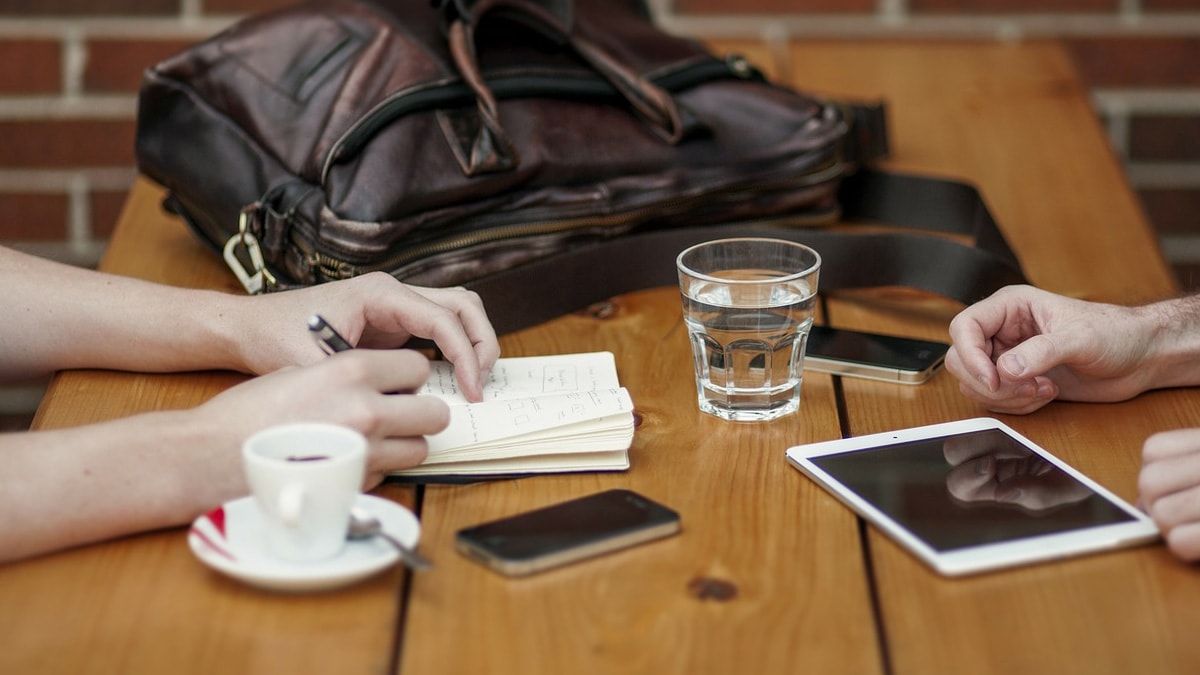 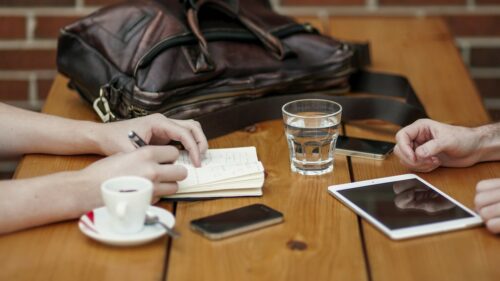 In a move that will greatly strengthen the supplier’s Caribbean presence, the deal will see Chez Toto initially offer players three of the supplier’s popular titles: Dice Duel, Lucky 6 and Wheel of Fortune. These will be available in over 500 sites across Haiti.

BetGames.TV’s collection of live dealer games continues to drive impressive player engagement across various channels and in a variety of jurisdictions, with the supplier seeing a 300% hike in bet counts across LatAm and Central America this year alone.

All supplier’s products now available with the leading operator

Pragmatic Play, leading content provider to the gaming industry, has taken its Bingo offering live with ‘King of Casino’ LeoVegas, marking the full integration of all the supplier’s products with the tier-one operator.

With players now allowed to return to brick-and-mortar sites, BetGames.TV will look to further improve these figures with a bolstered retail estate, while Chez Toto’s players will benefit from the live dealer games’ ease-of-use and low-cost betting options.

Broadway Gaming, operator of one of the largest U.K. Bingo networks, with sites such as Butlers Bingo, Glossy Bingo and Rosy Bingo, will use Pragmatic Play as the sole Bingo provider for its entire player network

Pragmatic Play, leading content provider to the gaming industry, has taken its Bingo product live with Broadway Gaming, operator of one of the major U.K. bingo networks.

Broadway Gaming, the leading bingo operator who started its journey back in 2010 and who has built a strong, loyal customer base, will be offering the Pragmatic Play bingo product on all five of its bingo sites, including its primary brand Butlers Bingo.

Microgaming has clinched a deal with games studio Big Time Gaming (BTG) that will see the software provider employ BTG’s trademarked Megaways™ mechanic in a number of upcoming slots.

Microgaming will work alongside its network of independent game studios to integrate Megaways™ into suitable new titles set for its platform. First up for the Megaways™ treatment is Shamrock Holmes, which is earmarked for network-wide release in January.

BTG launched Megaways™ in 2016 with the goal of ramping up player engagement in slots through a dynamic, fast-paced gaming experience. The random reel modifier system enables any given spin to produce an ever-changing number of symbols across the reels, allowing players to experience a totally different game each time with hundreds of thousands of possible ways to win.

Following its successful developments throughout 2020, the Group is preparing to launch an all-new casino brand EMOJINO that makes use of the company’s custom platform solution.

“This year has shown great potential within our operation vertical, and we’re really proud to receive the MGA B2C permit. Together with the B2B license acquired last year, this marks a very positive step in our journey towards regulated markets.

Having put some outstanding efforts into polishing a powerful software solution, both our operation and technical teams prepared a solid ground for the launch of our next casino brand. There’s no doubt that being completed with a trusted legal framework, our new casino products will meet the highest expectations.

In the coming year we will evaluate our demand in the additional local licenses and start working to acquire the first of these” – said True Flip Group co-founder Konstantin Katsev.

Exclusive Hollywood-style cinematography paired with RNG gameplay is what makes our latest casino provider, Real Dealer Studios, stand out from the crowd. The entire selection of Real Dealer roulette games is now available to the wide range of operators who benefit from our iGaming solutions.

Real Dealer’s unique concept involves merging cinema-quality video clips of dealers into an RNG game to create an amazingly realistic, interactive casino experience. The approach offers multiple advantages for casino operators such as error-free dealing, stable gameplay that can resume after interruptions, and freedom from being tethered to a live studio.

Pinnacle hires CMO in move to expand its marketing activity

Pinnacle has today announced the appointment of Ben Cove as Chief Marketing Officer. A new role within the organisation’s executive structure, the move to bring in a CMO offers a clear insight into the strategic focus at Pinnacle as the bookmaker plans for 2021 and beyond.

Cove brings with him a wealth of multi-channel and multinational marketing experience, built from a strong background within the online gaming sector at the likes of Kindred Group and Addison Global.

Ben will oversee Pinnacle’s drive to go beyond its current position as the bookie of choice for serious bettors and professional gamblers – delivering the brand to a wider mainstream audience.

Scientific Games Corporation (NASDAQ: SGMS) (“Scientific Games” or the “Company”) has extended its major partnership with BetMGM and the group’s associated brands in the U.S. BetMGM is a leading sports betting a gaming joint venture between MGM Resorts International (NYSE: MGM) and GVC Holdings (LSE: GVC).

Dylan Slaney, SVP Gaming, Digital for Scientific Games, said, “Extending our well-established partnership with BetMGM is a sign of our commitment to the U.S. iGaming market and successful collaboration between our companies.

The agreement marks the company’s first group-wide deal, demonstrating the flexibility of its service with Betsson’s brands including RaceBets, Betsson, Betsafe and NordicBet all set to receive tailored versions of the channels for their respective territories, to maximise revenues while also meeting a multitude of regulatory requirements.

Betsson will receive a range of Mixed Racing, Greyhound and Horse Racing 24/7 Live Betting Channels, delivered by SIS as an end-to-end solution, featuring live streamed pictures, data, commentary, on-screen graphics with betting prompts and a range of markets and prices.

The launch will provide Betsson’s brands with profitable short-form content throughout the day, with a high-margin betting event taking place every three minutes. The channels will include first-class British and Irish horse racing, along with international races from Australia, Dubai, Latin America, U.S. and Korea, as well as U.K. and Irish greyhound racing events.

Partnering with Betsson Group, one of the leading operators in Europe, further extends SIS’s international presence and highlights the growing appeal of its 24/7 live offering to companies across the globe.

Aggregator GrooveGaming has been appointed the exclusive reseller for recently launched games studio Gettagaming. Under the new arrangement, GrooveGaming’s B2B customers will be able to access a range of games supplied exclusively by Gettagaming following a partnership between the two.

Gettagaming is a premium developer of high-quality slot games and digital content for the iGaming industry sharing common parentage with the GrooveGaming team.

Gettagaming’s founders have a successful track record in casino game development with a focus to date on Europe and Asia. Gettagaming has been established with an approach that revolves around developing innovative high-quality games incorporating new mathematics, high-end artwork, and an abundance of new technology, all in pursuit of delivering premium, highly-engaging entertainment. Inspiring themes like climate consciousness, and immersive storylines, are central to continuously improving player experience.

Games included within the scope of this exclusive agreement are HMTL5 slots such as Get It Done, Kingdoms, Sevens Go Wild, Lucky Potions, and, Reel Monsters, with an impressive array of new games in development which promise to raise the bar in terms of game model concepts: Get It Done, for example, is based on a mission to help an urban hero clean the city of waste and protect the environment by recycling waste materials.

ORYX Gaming, a Bragg Gaming Group company (TSXV: BRAG, OTC:BRGGF), has announced that its iGaming Platform and RGS slots content, including more than 100 games from its exclusive RGS partners, GAMOMAT, Kalamba Games, Giveme Games, Golden Hero and Peter & Sons, have been adapted to be fully compliant with the latest Germany transition period guidelines introduced today ahead of the official market opening next year.

ORYX has served the German market since 2013 under a Schleswig Holstein licence, providing iGaming platform and content delivery services to major German operators, such as OnlineCasino Deutschland and Hyperino. The platform and content supplier therefore is well-versed in the country and looks forward to future development of the market under the new regulatory backdrop.

ORYX is licensed by the Malta Gaming Authority (MGA) and the Romanian National Gambling Office (ONJN) and its content is certified or approved in 18 major jurisdictions.