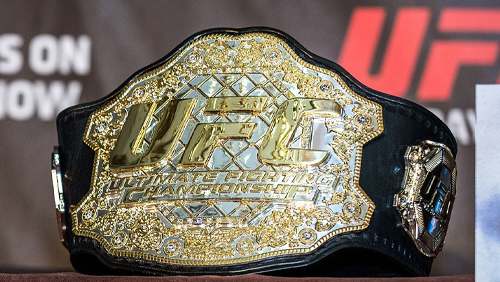 The UFC stays at its Fight Island in Abu Dhabi this Saturday for a fairly rare Fight Night card headlined by a women’s bout: Former champion Holly Holm against Irena Aldana in a bantamweight non-title fight. The main card begins at 10:30 p.m. ET.

This fight was to be the main event of an August 1 Fight Night card, but it was postponed when Aldana was forced to withdraw due to a positive test for the coronavirus. That virus is the reason why the UFC constructed Fight Island in the first place because of international travel restrictions to the United States.

The 38-year-old Holm (13-5), a former professional boxer, scored arguably the biggest upset in UFC history way back at UFC 193 against seemingly invincible women’s pound-for-pound queen Ronda Rousey. It was Holm’s UFC debut, and she claimed the bantamweight title with a stunning second-round knockout (head kick and punches).

Rousey was never the same after that, fighting once more and losing before retiring. Holm largely hasn’t been the same since, either, going 3-5 in eight fights – including losing all four championship bouts. “The Preacher’s Daughter” was last in the Octagon in January in a non-title fight against Raquel Pennington and won by unanimous decision. Holm, ranked No. 2 in the bantamweight division, is a -125 favorite.

Aldana, a 32-year-old from Mexico, is 12-5 in her pro MMA career and ranked No. 6 in the division. She got a title fight in Invicta FC but lost in July 2015 to Tonya Evinger. Aldana is 5-3 in the UFC and also fought Pennington, taking a split-decision loss in July 2019. Aldana has won-back-to-back fights since and is -105 for Saturday.

There is a men’s heavyweight bout immediately preceding the main event, and it features Cape Verde’s Yorgan de Castro against Brazil’s Carlos Felipe. Neither is ranked in the division.

De Castro is 33 – he fights out of Massachusetts – and 6-1 in his brief career. That loss came in May to former NFL Pro Bowl defensive end Greg Hardy in a unanimous decision. All five of De Castro’s wins are by KO/TKO.

Felipe is just 25 and is 8-1. Somewhat ironically, he also comes off his first loss in what was his UFC debut, a majority decision against Sergey Spivak in July. Six of Felipe’s wins are by KO/TKO, so this bout seems unlikely to go the distance. De Castro is the -265 favorite and Felipe is at +205.