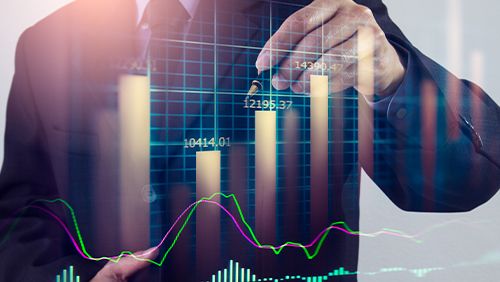 XLMedia, an affiliate marketing publisher working with the gaming industry, has released the results of its most recent fiscal period, and it doesn’t like what it sees. The interim report covers the first of this year, and revealed revenue that was off by about $2 million from what the company had expected to see. While some of this is to be expected, given the impact COVID-19 has had on the gaming industry in general, XLMedia also blames the poor results on Google, asserting that its “manual ranking penalties” cost it valuable real estate in the search rankings.

The revenue taken in by the company in the period was $27.7 million, 35% lower than the $42.5 million it reported for the same period last year. Gross profits for the half fell 42% to $16.1 million, and the adjusted EBITDA (earnings before interest, taxes, depreciation and amortization) was off by 73% at $5.1 million. In addition to the slower performance and Google, XLMedia’s decision to close its media operations also contributed to the downturn.

Explains XLMedia CEO and Director of the Board Stuart Simms, “Our business has endured a number of unforeseen challenges during 2020 but, as we enter the second half of the year, I believe we are seeing signs of recovery in some key areas. These green shoots, coupled with a detailed and diverse plan to mitigate the impact of the Google manual ranking penalty, give me and the Executive team confidence we can enter 2021 with significant positive momentum and enhanced levels of control.”

The ”manual ranking penalty” refers to the intervention of Google’s workforce in ranking results and often leads to a reduction in organic traffic. Google reportedly has 13 different criteria used for the penalties, covering everything from hidden text on sites to hacking attempts to “spammy” website structures. XLMedia was deranked by Google this past January, which has hurt the company’s ability to capture more online traffic that has arisen from the COVID-19 pandemic.

There could be a light at the end of the tunnel for the company, though. It has made a number of organizational changes over the past year designed to offset the challenges it is facing, and has brought in several new executives to lead the way. These include the appointment of Iain Balchin as XLMedia’s new chief financial officer, Sarah Clark as the new chief operating officer and Ken Dorward as its new president for North American operations.

Simms sees a bright future, but warns that there could still be trouble ahead. He asserts, “The second half of the year has started positively with much of the global sports programme being reopened and compressed into a couple of months, an uptick in Personal Finance activity and the stabilisation of the Casino vertical. However, there are clear signs of second waves of Covid-19 across the territories we operate in, and any tightening of restrictions could impact the recovery in our Personal Finance and Sports verticals; the very recent second lockdown in Israel could also delay elements of the transformation programme.”