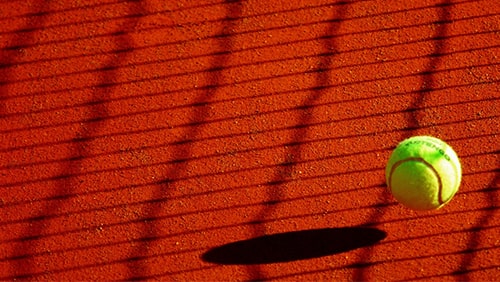 Stan Wawrinka got the better of Andy Murray at Roland Garros as the three-time Grand Slam winner Murray ended up on the end of a straight sets defeat.

The Swiss master’s booming groundstrokes that take time to wind up suited the heavy balls and cold weather perfectly as Murray, a former U.S. Open and two-time Wimbledon champion, got taught a tough tennis lesson in the tepid French weather.

Roland Garros is usually abuzz with fans, sunshine and all the glamour of the ATP tour for the kick-off of the French Open. Of course, that would normally take place in June, the 2nd Grand Slam stop of the year ahead of Wimbledon and the U.S. Open. But the blazing sun has been replaced by a heavy autumnal chill, appropriately enough given tennis is taking place inside a bubble amid the global Coronavirus pandemic, but not conducive to the best tennis imaginable.

Wawrinka took advantage of these factors to devastating effect as he dominated Murray almost from the first ball to the last.

Murray’s first-serve percentage was shockingly low, coming in at just 37% as he laboured to an 18-6 loss in terms of games, the match wrapped up 6-1, 6-3, 6-2 by Wawrinka, himself a former three-time Grand Slam winner like Murray, although Wawrinka has won three different stops, conquering the 2014 Australian Open, the 2015 French Open and the 2016 U.S. Open, only missing out on winning Wimbledon.

Murray, of course, was more than rusty, playing on clay for the first time since 2017 at the highest level. Not that he used that as an excuse, when he explained the defeat after the game’s completion.

“I should be analysing that hard and trying to understand why the performance was like that,” Murray said.

Plenty of players have lamented the quality of the tennis balls themselves, showing more anger towards Wilson than Tom Hanks did when he kicked it into the sea in the 2000 film Castaway.

“Some of these balls, you wouldn’t give to a dog to chew.” British number one Dan Evans said after his first-round loss to Japanese player Kei Nishikori. Murray, however, would rather focus on what he can do to improve, not having time for criticisms of the weather either.

“I don’t feel like that’s a valid reason,” he said. “Maybe to not enjoy the matches as much when it’s like that, but not in terms of it affecting your performance in any way. I need to have a long, hard think about it. It’s not for me the sort of match I would just brush aside and not give any thought to.”

Murray will clearly give the defeat a lot of thought, but it would seem that the 1st Round result hasn’t affected the sportsbook on the outright win a great deal.

You can watch the game’s highlights right here:

The race to win the 3rd and final Grand Slam of the abridged ATP season is well and truly under way. Here’s are the latest best prices available for a number of intriguing players with our favourite pick of Rafael Nadal out slightly from Evens to 11/8, whoile Diego Schwartzman remains available at 40/1.

In terms of outsiders, Wawrinka (66/1) is an attractive proposition, while Roberto Bautista-Agut is a ludicrous price of 150/1 to reach the final and should be backed to cash out at the quarter-final or semi-final stage depending on how his half of the draw pans out.