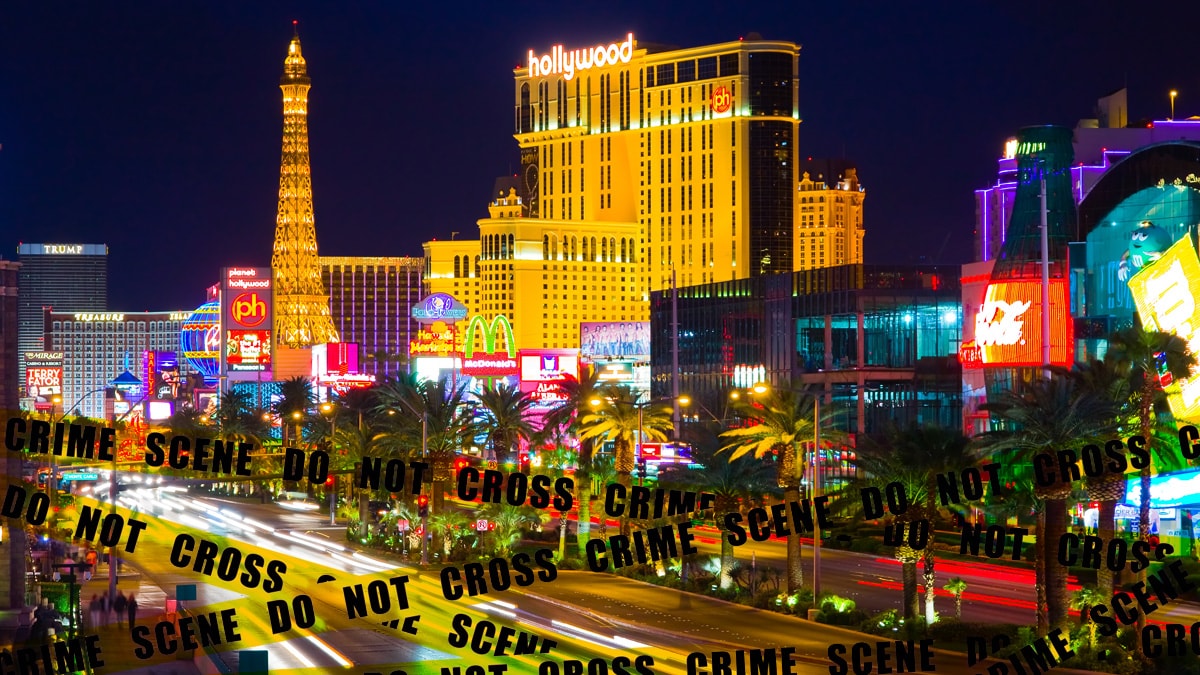 It’s almost as if the Wild West has returned to Las Vegas, despite the apparent presence of law enforcement to maintain order. For the past couple of months, Sin City seems to be dealing with an unusually high number of crimes – even by its own standards – and, in the past couple of weeks, more spikes have been seen. The latest comes thanks to the Aria Resort and Casino on The Strip, which saw the site of a shooting late Tuesday. That makes three shooting on The Strip in under a week. 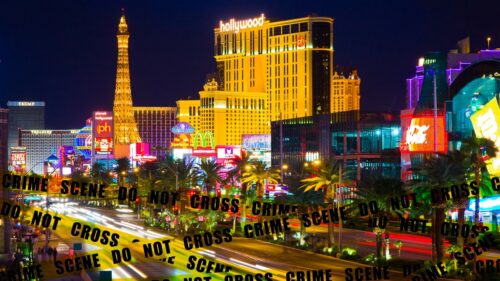 Tuesday’s incident took place in the valet area of the popular resort, but the reasons aren’t entirely clear. Fortunately, the shooter, who is still on the loose, apparently never participated in any type of target practice and no one was seriously injured. However, one unidentified woman had to be taken to a local hospital for treatment after a bullet grazed her. Reports indicate that it was just a minor injury.

Six shots were said to have been fired during that incident, and it still isn’t clear exactly what may have provoked the shooter. The head of the Las Vegas Metro Police Department, Clark County Sheriff Joe Lombardo, believes it could be tied to a lack of distractions, since many of the Vegas clubs are still closed because of COVID-19. He told a local TV station, KLAS-TV, “It’s just a lot of people in a small condensed area, and you infuse their desire to have a great time and infuse things like alcohol and drugs and it’s a bad combination.”

That was the second gun-related incident this past Tuesday. The other involved Harrah’s and Casino Royale, with police involved in a foot chase to catch a man brandishing a weapon. He was caught at Casino Royale and arrested, one more in the over 1,100 arrests made in the past couple of weeks around the Las Vegas area. In those arrests, police have recovered more than 60 firearms.

Dori Koren, a Las Vegas police captain, said in a separate statement, “I think it is important for us to acknowledge that we are experiencing a crime problem. And I think we have to put it in the perspective that this is a very unique situation. I think 2020, in general, has put us in some uncharted territories.”

Earlier this month, during the long Labor Day weekend, the Encore played host to a fight that broke out for unknown reasons. At the time, some people tried to blame cheaper hotel rooms, designed to attract more visitors to Las Vegas, as the reason. They asserted that the reduction in room prices was attracting an “unsavory” crowd that wasn’t needed in Sin City. However, in that instance, none of those involved were guests of the hotel but, rather, individuals that showed up after the venue opened its pool area to the public.

An investigation into that incident led Wynn Resorts-owned Encore to bring charges against 20 unidentified people involved in the fight. Property damage exceeded $15,000, and Wynn wants the scufflers to foot the bill.