Home / Business / The NFL is back, and Bodog saw plenty of action this weekend 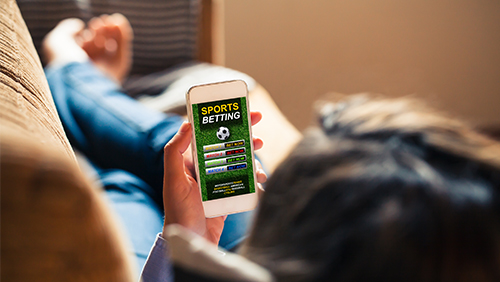 The NFL had its 2020 season opener between the Kansas City Chiefs and the Houston Texans last Thursday, ushering in a new – and different – year for football. That game was just a taste of what was to come this past weekend, which offered a slate full of hot games for sports fans. Sports gamblers didn’t waste any time getting in on the action, and the Bodog sportsbook saw a lot of interest in almost all the games. The NBA and MLB were there, as well, but nearly at the level enjoyed by the NFL.

The NFL was responsible for 38.83% of the wagers seen by Bodog this past weekend. Football is always the most attractive sport for gamblers, and even college football, which is currently only running at less than half its normal speed, attracted 16.34% of the wagers. The NBA Playoffs, and a couple of surprise victories, saw pro basketball take 15.47% of the action, while MLB came in just behind, with 15.32%.

Those were the only four leagues to hit the double-digit mark; everyone else was relegated to the low single-digit area. The U.S. Open gave Bodog 3.56% of its entire betting activity over the weekend, followed by the Ultimate Fighting Championship (UFC), which garnered 3.06%. The English Premier League and the NHL also saw a few bets, taking 2.53% and 2.12%, respectively.

Out of the top ten individual games, NFL contests took five spots and the NBA grabbed three – the remaining two went to college football. Of the NFL games, the one that saw the most action was the battle between the Dallas Cowboys and the LA Rams. It was the hands-down favorite on Bodog, taking 25.77% of the wagers. If anyone thought that the Cowboys were going to get their season off on the right foot and turn things around from last year’s 9-7 finish, they missed, as the Rams pulled out a decisive, 20-17 victory. The Cowboys played well, but not well enough to log their first win of the season.

The NBA Playoffs game between the Boston Celtics and the Toronto Raptors received 16.59% of Bodog’s gambling money. It’s a little surprising that the number wasn’t higher, given the fact that the Raptors were looking to defend their championship title from last year and forced the series to go all the way to Game 7. However, the Celtics are looking for their first conference title in ten years and weren’t going to be deterred. They won and will now face the Miami Heat in the Eastern Conference finals starting tonight.

Tom Brady’s move from the New England Patriots to the Tampa Bay Buccaneers didn’t do anything to give the Bucs a boost in the betting arena. The game between Tampa Bay and the New Orleans Saints only drew 11.83% of the action on Bodog and the Saints ran away with the game. It didn’t help that Brady threw a pair of interceptions on the way to a 34-23 loss, and the Bucs have a lot to overcome if they want to live up to the hype the six-time Super Bowl-winning quarterback was expected to bring.

The rest of the top-ten list was a mix of all NFL, NBA and college football. If the Big Ten comes back to life in October, as some rumors have indicated, there will most likely be nothing but football occupying all spots on the list.