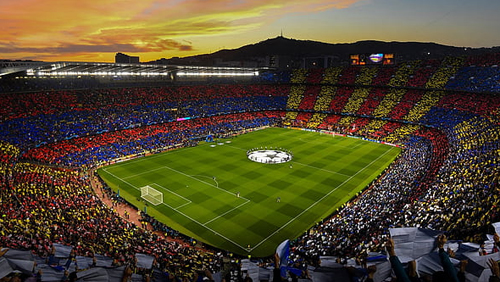 With the global COVID-19 pandemic still in full effect and having a major effect on the finances of football, the Premier League has announced the termination of the existing TV rights contract with China.

Ending two years early, the decision has come on the back of China’s PPTV channel cancelling the broadcast of Liverpool’s game with Chelsea this summer which heralded the Merseyside club’s first title win in 30 years.

There’s no doubt that the impact of the rights being withdrawn from such a lucrative region is going to be huge. Football is already suffering a finance hangover from the Coronavirus outbreak, with clubs stoically saying this summer won’t see the kind of reinvestment in rosters that previous years have seen. This news is sure to have an even bigger effect of the tightening of purse-strings.

From shirt sponsorships to image rights, broadcasting the English Premier League in China has been crucial to the growth of the game, but in particular, England’s top flight. PPTV, part of Suning Holdings in China are, as reported in The Guardian, owed £160 million that was due six months ago when the initial lockdown period was inflicted on football as it was the world. That was part of the £564m deal that covered the years of 2019/2022 for the broadcast of Premier League football, a deal which was called the richest that had ever been signed when it was announced. Behind closed doors football isn’t the same product, of course, and it is a matter that has risen into debates between the political leaders of both the United Kingdom and China as it has escalated.

The Premier League themselves have put out a short statement on the matter, saying only that “The Premier League confirms that it has today terminated its agreements for Premier League coverage in China with its licensee in that territory.” China still have the rights to screen Italian Serie A, Spanish La Liga, German Bundesliga and French Ligue 1, with Suning Holdings holding shares in Inter Milan, something they paid £240m for back in 2016, so it is unlikely that football is going anywhere in China.

It’s only the Premier League that looks like it will not be broadcast for the foreseeable future in the Far East.

TV rights are a major part of the money the Premier League makes, and as well as the £1.3bn that Qatar-based beIN Sports have paid the EPL, NBC in America are committed to screening the world’s most lucrative sports export for six years in a $1bn deal. Those deals aren’t expected to be affected, despite the change of product. The Premier League was said to be earning over 4 billion a year compared to over 3 billion from TV rights, but that figure, possibly like transfer fees this summer and beyond, will have to be reined in.

October will see the UK Government experiment with fans returning to Premier League games in some capacity. For the sake of many within the game, those experiments need to be a success, as today’s announcement has surely highlighted.

The financial future of the beautiful game may depend on it.