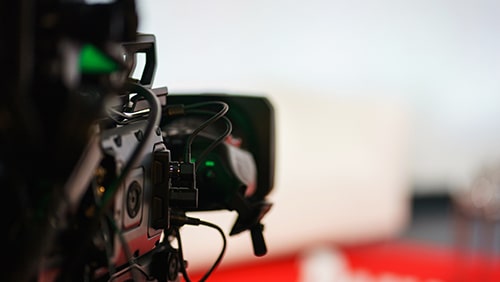 The NFL season is set to begin in just eight days. Many football fans believed that a normal start to the season wouldn’t be possible because of the coronavirus, but the league was always adamant that it would kick off on schedule. That looks to be more of a reality than ever before, and there doesn’t appear to be anything that will stop it from happening. This is good news for everyone – sports fans, sportsbooks, football teams and the thousands of employees that keep the season running smoothly. It’s also good for broadcasters, who have had to make a number of changes to their lineups this year because of a very fluid sports industry. The Vegas Stats and Information Network (VSiN) is especially looking forward to the upcoming season and the sports broadcaster is ready to move beyond the Nevada borders to offer new sports content. The Rush Hour sports broadcast, the first show in the U.S. dedicated to sports gambling, is going live today from a new broadcasting facility in Illinois.

Rush Hour was put together by VSiN and Rush Street Interactive (RSI), the operator of the BetRivers.com sportsbook. The live broadcast aired for the first time yesterday, using the Rivers Casino sportsbook in Des Plaines, Illinois as its home. It is hosted by sports reporter Danny Burke, and provides analysis on sports events, as well as tips for sports gambling enthusiasts to make the most of their wagers.

The timing of the broadcast’s launch will give it the ability to settle in before the launch of the NFL season. Normally, preseason games would have already been held, helping to set the stage for gambling activity for the season, but the COVID-19 debacle completely screwed up those plans. With NFL football being the biggest target for sports gamblers, VSiN, as well as all sports-related businesses, are ready for a huge rebound this fall after the slide seen across the first half of the year.

VSiN, which was co-founded by Brian Musburger, the nephew of long-time sports commentator Brent Musburger, has found its niche in the sports world and has quickly become an established name in the industry. After getting its start in Las Vegas in 2017, where it holds daily broadcasts from the South Point Casino, it launched on Sirius radio and made a debut in XFL broadcasting before the league threw in the towel. It now has plans to launch a new live sports gambling show, Betting Across America, in conjunction with BetMGM, provided regulators greenlight the project, and will put up a second Vegas-based studio this fall at the Circa Resort once the venue opens.