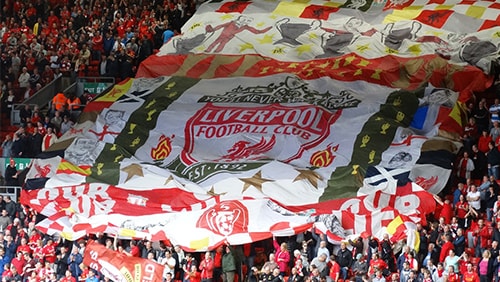 It might seem like the 2019/20 Premier League season has only just finished, but old rivalries are about to be renewed as the Community Shield heralds a new dawn of the most popular soccer league in the world.

Arsenal, last season’s F.A. Cup winners, will take on Liverpool, the 2019/20 runaway Premier League champions in a game that may say more about where each team’s fitness is rather than guide us towards value in picking where either team will end up.

While Liverpool have rather stumbled over the line, not beating anyone of note at the tail-end of the season, Arsenal come into the 2020/21 season in fine form. Mikel Arteta is clearly building a great team ethic and while some of the players at his disposal wouldn’t get near the Liverpool team in the same positions, the collective is steadily improving with virtually every game.

The Gunners need to sign Pierre-Emerick Aubameyang up to a long-term contract, but with other stars such Willian, David Luiz and Bukayo Saka all likely to light up the Premier League in their own ways, the chances of a victory such as the one Arsenal got over Liverpool in the teams most recent clash after lockdown are there for all to see.

Liverpool are a best price of 7/10 to win the Community Shield inside 90 minutes, odds that simply don’t add up to good value the more you look at them. Arsenal are 4/1 with most bookmakers, which considering they have beaten both Manchester City and Chelsea at Wembley in recent weeks as they took the F.A. Cup by the scruff of the neck, is quite incredible.

At that price, you simply must back Arsenal, but that’s by no means the only value out there. Aubameyang to score at any time against a Liverpool defence that was leaky in the last few weeks of the season is an outstanding saver bet at around 6/4.

Elsewhere, the odds of both teams to score in an Arsenal win at 7/1 have to be considered, while over 3.5 goals to be scored at 22/1 is worth a nibble too. Arsenal are 18/1 in places to win by two clear goals, a repeat of the ‘1989’ finale, and something that we think is genuinely possible given the two sides imbalanced form coming into the game.

Either way, it’s sure to be a fantastic game and while Jurgen Klopp and Mikel Arteta will both protest that the only thing that is important is the fitness of each set of players, the result always matters between these two teams. Neither side will want to lose, so either Liverpool (11/2) or Arsenal (13/2) to win on penalties is not a bad way to go if you disagree with our call on The Gunners shooting the current champions down.