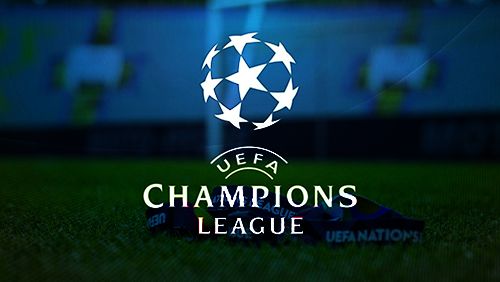 A huge week of Champions League football saw former champions of Europe Barcelona completely fall apart and Manchester City once again fail to make it past the quarters. The action was frenetic, the drama unmissable. There’s no club tournament like the UEFA Champions League.

Italian side Atalanta came into this game as underdogs but left Portugal two hours later after having been desperately unlucky to lose. The Italian side, famed for their cavalier style under Gian Piero Gasperini, were on the attack from the off and the only surprise about former Chelsea midfielder Mario Pasalic opening the scoring was how long it took to happen. The Serie A side were fluid and dangerous while PSG were reliant on one man – Neymar. Atalanta’s tactics this season have enthralled football fans around the world:

The Brazilian was on good form in his approach play, stunning defenders with his trickery and pace. Neymar’s finishing, however, was woeful as the former Olympic gold medalist missed two gilt-edged chances to draw the French champions level.

In the second half things weren’t much different, that was until the introduction of Kylian Mbappe, who came on to great effect. The French forward, bought by PSG from Monaco and rumoured to be a target for Real Madrid, injected pace and penetration into the side and in the last minute of the 90, helped draw his side level as Marquinhos – via a deflection – hauled PSG onto equal terms.

Better was to come for the Parisians as Italian hearts were broken in the third minute of added time. Mbappe danced clear to cut the ball across from the former Stoke City striker Eric Choupo-Moting and he slid in an unexpected and crushing winner.

How far can PSG go? It’s hard to say they’ll win it with the power of the sides in the other side of the draw, but in the Champions League, nothing can be ruled out.

The same sort of treat for the eyes wasn’t on offer in the second quarter-final, with a drab first half seeing the sides head into the half-time on the back of a stodgy stalemate. In the second half, however, Leipzig, perhaps fueled by a lack of fear given Atletico’s stand-off style, attacked with more belief and scored via Dani Olmo.

The goal sparked Madrid into action, and the Spanish side, roared on by the ever-active Diego Simeone on the sidelines, went for the jugular. Substitute Joao Felix, hailed as the new Griezmann, finally paid back some of the belief – and fee – placed on his slender shoulders, as he levelled it up from the penalty spot after he himself was fouled.

Leipzig, however, were not to be denied, and with extra-time looming, Tyler Adams strode into space in front of the Atletico backline and thumped in a drive via a deflection that sent Julian Nagelsmann’s side into a semi-final against Paris St. Germain just 11 years after their formation.

One of the most incredible ties of modern times took place in Portugal as Lionel Messi’s Barcelona were simply ripped apart piece by piece as Bayern Munich handed their illustrious European rivals the biggest defeat that they’ve ever suffered in the Champions League.

The match started as it would go on, an early strike from Thomas Muller after a neat one-two with Robert Lewandowski put the German striker in sight of Ter Stegen’s goal, a crafty left-foot shot evading his compatriot with ease.

Barcelona briefly levelled the scores after a comical David Alaba own-goal saw the ball spin off his foot with the attempted clearance looping over Neuer’s head into the net instead. But that was the cruelest of things for Barce – false hope. On a night Gerard Pique would call ‘the bottom’ and the worst night of his professional career, Bayern set about dismantling Barcelona.

This wasn’t just any old defeat, a rout, a thrashing or a battering. It was a total annihilation of every Barcelona stand for. Tiki Taka football is dead, and even Guardiola has had to inject pace and power into his philosophy. Lionel Messi, the only clown left of the glorious carousel run by messrs Iniesta, Busquets and Xavi in their pomp, cut a forlorn figure as he saw players such as Gnabry, Lewandowski, Muller (again), Coutinho (twice) and Joshua Kimmich run riot.

It’s possible you’ve never seen a game like it, and we may not ever again. For Barcelona, famously labelled ‘More Than a Club’ in their world-famous Nou Camp, the idea of rebuilding the club almost from top to bottom, looks an ominously difficult one.

Once again Manchester City failed to triumph on a Champions League night that promised so much but for the blue half of Manchester, delivered so little.

In truth, Guardiola will have to take a huge bite of the humble pie on offer. Starting with a front three of effectively Kevin De Bruyne behind Raheem Sterling and Gabriel Jesus, the team looked imbalanced and too negative.

Flair players such as David Silva were left on the bench, to emerge for a sad cameo at the end of a City career that deserved better. Others, such as Phil Foden, labelled the future of the midfield, was left to watch Gundogan struggle in their place, frustration enveloping The Citizens as the final whistle sounded.

City were undone by players they have ignored in favour of more expensive but less reliable players in their positions. Mendy and Zinchenko left on the bench, Joao Cancelo faded into obscurity when compared to the crusading Cornet for Lyon, as dogged in clearing a rare City shot off the line as he was in curling home a stunning opener.

Ederson, twice culpable for goals and unable to simply rely on his footwork for plaudits, looked horribly exposed at the back. The defence in general looked creaky. Laporte aside, it would be hard to argue that all the other three positions desperately need refreshing. Cancelo wasn’t cheap and nor was Kyle Walker. Fernandinho’s inclusion at the expense of John Stones and Nicolas Otamendi likely to cause more consternation and division in the ranks.

City must try again. For Lyon, the adventure goes on.