Home / Sports / How important is nutrition to Esports players and sportsbettors? 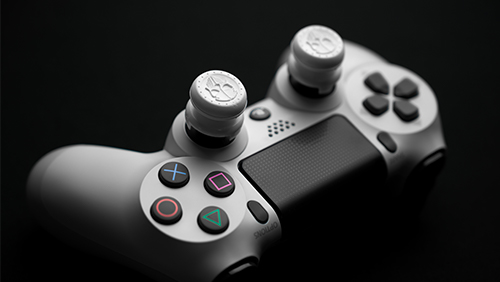 Playing a game for living has huge aspirational appeal. From playing poker for a profession to streaming build-battles in Fortnite, crushing CS:GO to lording it in League of Legends, gaming for a living has never been more appealing with the global COVID-19 pandemic forcing many people with jobs requiring travel to readjust their mindsets.

It’s a good sign of strength in the industry, therefore, that this week saw Spanish Esports brand MAD Lions partner up with Crown Esports Nutrition in a bid to get healthier and give the team a more consistent level of performance.

But how much does good nutrition help when it comes to gaming for a living?

Crown Nutrition already worked with traditional sportsmen and women, and the fact that they will now help MAD Lions by working on ‘developing products, habits and ways of working to increase player performance’ is terrific for MAD Lions.

Samuel de Luque, the co-owner of MAD Lions is clearly delighted to be working with the nutritionists. “We are excited to be working with Crown Esports Nutrition,” he said. “[They’re] a brand that prioritizes scientific research and evidence in its products. We want to bring that knowledge they have and transfer it to the world of esports.”

Team member Peng04 has tweeted about how excited he is to be on the MAD Lions team which has partnered with the food nutritionists.

boosting us during the superweek 🙂

It’s a sign of the times that a 16-year-old gamer can be so aware of nutrition and the cognitive and physical benefits of following a more balanced, healthy diet. Peng isn’t alone. Crown Esports Nutrition are growing. Rival companies are popping up, and will surely grow too, with the lockdown laws in many countries seemingly dictating that many companies won’t be taking back employees or will expect people to work from home.

The prospect of starting a meaningful career path into professional gaming is there now. More fans are watching from home, less people are out, and it’s a captive audience. That audience is there not only to be captured, but encouraged to bet on Esports, with the sportsbetting arm of the Esports industry one that is being better monitored than ever before.

Funds are protected, the safety and security of betting on an honest prospect is there and in terms of the gamers themselves, being able to confidently declare that they are getting healthier and stronger is something that adds credibility to sportsbetting predictions for the games to come. That in turn makes the idea of sportsbetting on Esports for the casual viewer more appealing.

We’ve seen a slew of healthy partnerships in Esports in the past month or so, with Herbalife – who once sponsored Real Madrid – partnering up with Overwatch League franchise Guangzhou Charge, LDN UTD linking up with Bio-Synergy and now MAD Lions joining other teams such as Kappa, imagin and DYVIP in doing with Crown Esports Nutrition.

With player performances sure to improve considerably over the next few years, the growth of Esports is guaranteed in more ways than one.