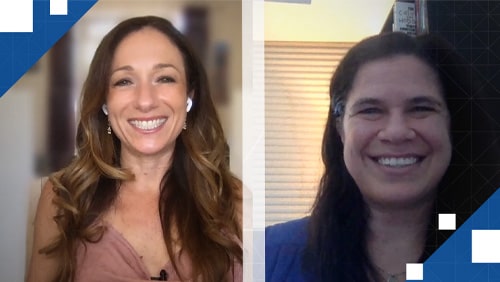 What are customers prioritizing as the Covid-19 pandemic drags on? With casinos now mostly reopen in the U.S., we can observe and get anecdotal stories, but a real study provides better data to work off of. Thankfully, Brett Abarbanel, Director of Research at the University of Nevada Las Vegas (UNLV) International Gaming Institute teamed up with KPMG to conduct one with the help of KPMG, and she joined our Becky Liggero Fontana for the latest episode of The Long Con.

The study revealed five key takeaways that customers care about most, and safety comes first. “Two-thirds of the people that we surveyed were particularly concerned about health and safety as their number one concern or consideration when they’re talking about coming back to land-based gambling operators, whether that be a card room or a casino or casino resort,” Abarbanel said. “Whereas only about 30 percent of the people that we surveyed said that their financial situation was going to be their number one consideration there, and only about 20 percent indicated that the general economy was a concern for them in terms of coming back to some of these entertainment expenditures.”

The second takeaway was that just having a clean environment isn’t enough; customers want to see employees doing the work. “79 percent of the people that we surveyed said they actually want to see the measures, don’t just tell me that you’re doing it, don’t issue a press release saying we’re cleaning this x number of times per day and we have this many employees working on our cleanliness features and we’re using this brand to do the cleaning,” she said. “They actually want to see it happening, they want to see the employees out there on the floor wearing the PPE, having their masks on.”

Third was that customers expect to see not just a lot of work in one area to keep them safe, but a broad spectrum of activity. “46 percent of people said that once these measures are in place, they were more willing to come back and visit, whereas you know if nothing was in place, that didn’t really set a comfortable environment for them.”

Lastly, Abarbanel learned that the brands which demonstrate the best that they are putting customer safety first will improve their brand image overall. “I was very surprised by just how many customers, we had 88 percent of the customers say that the actions that casinos are taking in these health and safety measures will help them decide which property they want to visit,” she said. “So that’s now an active part of loyalty toward a specific brand, which is really, really impressive.”

Although masks have become a bit of a cultural issue in the U.S., Abarbanel noted that they were not seen as something the casinos were necessarily responsible for. Customers were worried about how lax other customers might be with PPE and hygiene, but that didn’t reflect on the casino, she noted.

When Liggero Fontana asked about the ongoing struggles casinos were having with low customer turnout and hiccups in reopening, Abarbanel noted that the costs are much larger if they are forced to once again shut down. That’s why they are heavily emphasizing safety procedures and signage, in the hopes they can stay open, and reacting by shutting down areas of a resort if Covid-19 spreads there.

Interestingly, while online gambling has been seen as a savior for so much of the industry this year, Abarbanel noted that the older customer base for Nevada casinos are still not very interested. “Only about 8 percent of the people we surveyed thought that online gambling could be a full substitute for land-based gambling,” she said. “About 44 percent though, so almost half, did say that it could be a partial complement or partial replacement for what they were normally used to getting as an experience in the casino, and that number did jump, and this is sort of normal from research we’ve seen in the past when you look at younger generations.”

Watch the full episode of this week’s The Long Con to see Abarbanel discuss more details found from their study, how generational change and innovation could help move the numbers in the future, and how lotteries are adapting to the pandemic. And don’t forget to subscribe to the CalvinAyre.com YouTube channelto catch new episodes as they’re published every week.