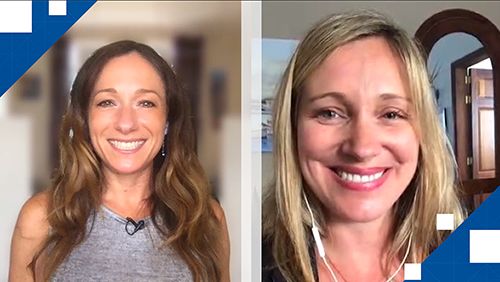 In a strange turn of events, online poker is as popular as it’s ever been. But for the same reasons online poker is now thriving, live poker is scrambling to figure out it’s future. To discuss how the pandemic has affected the entire poker industry, Ivonne Montealegre, Event Director of the Malta Poker Festival, joined our Becky Liggero Fontana for this week’s episode of The Long Con.

To understand the current moment in poker, you need to understand the last 20 years of it. “Poker has been the underdog always,” Montealegre said. “10 years ago, we had what is called the Chris Moneymaker Effect where this guy, an accountant from the U.S., Chris Moneymaker goes, qualifies to the World Series of Poker for nothing, for a few dollars, and ends up winning the World Series of Poker for millions of dollars. So that brought poker to the mainstream.”

But that surge in popularity didn’t last forever, and mostly due to legal issues. “Black Friday happened, and a lot of the U.S. market was shut down, and poker after that was never the same,” she noted. “We experienced very low revenues all across, where online casino was much more stronger than poker.”

But with everyone locked at home, online rooms are fuller than they’ve been in years. “It’s a second wave, it’s crazy, because I’m playing poker like crazy, everyone I know is playing poker because you can make a living out of live poker.”

Being an events director herself, Montealgre has seen first hand how the poker industry is adapting, and how the live sector has had to embrace its online cousin. “We had an event in May when Covid-19 was just announced in Italy,” she began. “We had to completely shut down the event, so we moved it online and it’s been so much fun, and we did so great. Live poker has had to adapt, that’s the thing. It has had to adapt and find online platforms. Now imagine Becky, the World Series of Poker (WSOP) that happens in Vegas, every summer, finished for 2020. So it moved online as well and it’s still millions of dollars, $25 million on the Main Event still. It makes you wonder, I mean online and live poker shouldn’t be divorced.”

But for those who love the felt of the table and the shuffling of cards and chips, it’s just not the same. “Of course it’s not as exciting as live poker, I miss it dearly, but we’ll come back.”

Montealegre spoke a bit more about the hurdles the WSOP is facing too, and specifically the lack of access Americans will have to a tournament that is typically based there. “That’s crazy because even if you’re American, you have to be in New Jersey or Vegas to be able to play it,” she noted. “So then comes the GGPoker solution, which is GGPoker is a worldwide platform and 54 of a hundred events are going to be played at GGPoker, I’m going to play some here in Malta.”

Liggero Fontana and Montealegre have seen lots of each other at the recent digital events, but Montealegre wished for a return to what once was. “We need to take care of our resources more and enjoy quality time, so these online summits are great. I just to meet when we really can and yeah, I really hope I can have some drinks with you soon.”

Watch the whole episode to see Montealegre discuss how poker microinfluencers are growing in status, the hurdles an online WSOP will face, and how operators are protecting players from sharks. And make sure to subscribe to the CalvinAyre.com YouTube channel so you can see every episode of The Long Con as it goes up.