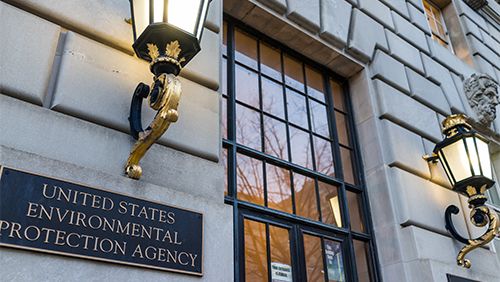 In theory, the Environmental Protection Agency (EPA) in the U.S. is, as its name suggests, is designed to protect the environment. However, some people are concerned about a rule change just finalized yesterday that appears to be counter to the government-backed group’s directive. It has decided to alter rules that will allow certain environmental permits to be issued quicker than before, and some industry insiders believe that this change could prove counterproductive to safeguarding the environment.

In seeking an air, water or hazardous waste permit, the requesting entity has to be ready to accept challenges from the local community. These challenges make their way to the EPA’s Environmental Appeals Board (EAB), and the appellate process can sometimes take years. However, going forward, the EAB will have to make a decision within 60 days, while being able to extend the review period once by another 60 days if necessary. In addition, the EPA reversed course on a standing rule and will now allow amicus briefs to be presented by outside parties. This, too, could result in the entity seeking the permit to drum up support from sources with no skin in the game.

The EPA asserts that these new measures will help protect the environment and reduce pollution even more, but not everyone is convinced. Tom Carper, a Democratic Senator out of Delaware, made his opinion known just before the rules became active, stating, “Far from ‘modernizing’ EPA’s air, water and hazardous waste permit appeals process, this rule would take us backwards – back to a time when industries could pollute without consequence and when Americans had little say over the projects built in their own backyard. This proposed rule is yet another short-sighted attack on the ability of communities, including low-income communities and communities of color, to have a meaningful voice in projects that impact their health.”

Carper was formerly the governor of Delaware and also the former chair of the Senate Homeland Security and Governmental Affairs Committee. He has been a senator for almost 20 years and currently sits as the ranking member of the Senate Environment and Public Works Committee, so he has substantial knowledge on the subject of government operations and the environment.

The senator adds, “The proposed rule would eliminate the public’s absolute right to challenge air, water, and hazardous waste permits before EAB panels that EPA Administrator William Reilly created in 1992. Under the proposal, permit appeals to the EAB would be allowed only after the unanimous agreement of all parties, essentially giving the industrial permit applicant a veto over whether a challenge could occur at all and subordinating the interests of families, communities, and individuals. The proposal also eliminates the EAB’s longstanding right to consider any ‘important policy consideration’ in permit appeals, thereby drastically scaling back the EAB’s ability to consider environmental justice impacts.”

It’s doubtful that the EPA is going to reverse course now that it has finalized the new rules. That means change could only come by the application of enough pressure on the agency and on politicians. Absent that, the takeaway could only be that the measures have enough support from the public.

The solution to clean, potable water is right in front of our eyes
Erik Gibbs
11 August 2020