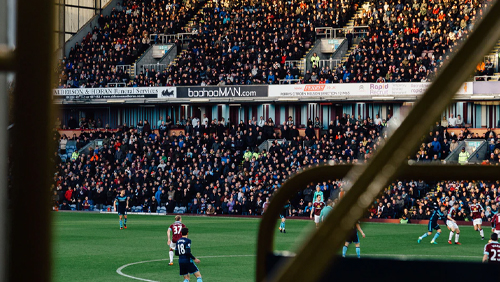 After an unpredictable weekend of Premier League football, the battle for next season’s European places has never looked closer. Manchester United, Chelsea and Leicester are separated by just two points heading into the 35th round of fixtures… who can grab three points and stride towards glory?

What looks like an easy three points for Chelsea might be anything but in what has become the Premier League season where nothing is predictable. With Sheffield United’s 3-0 victory over Chelsea at the weekend, The Blues suffered their 11th league defeat of the campaign.

Frank Lampard will be desperate to get Chelsea back to winning ways and on the face of it, taking on Norwich looks like a home tie from the West Londoners’ dreams. The Canaries, relegated on Saturday after a 4-0 home drubbing by West Ham and in particular, Michail Antonio, have been in dire form. That being said, however, they will now have nothing to fear, and can play with the freedom of knowing that they’re already down.

Norwich and Teemu Pukki in particular have been hindered by fear in recent weeks, but we like Pukki to score (4/1), as well as Norwich to score the opening goal (5/1). They’re shorter odds to score in a gutsy defeat, however, and eventually, that might be the best bet to go with. Chelsea are a best price 17/2 to win from being behind if you’re a real believer.

One of the Premier Leagues best-ever games to watch in terms of archive highlights, there’s little on the line here apart from a paper-thin possibility of European football for Arsenal and the lukewarm pursuit of a record EPL points tally for the visitors.

Liverpool looked both wasteful and tired in the 1-1 draw at Anfield on Saturday, when Burnley were unlucky to leave without all three points after missing a great late chance to score the winner.

Arsenal will go into the game in a spirit of anger, as The Gunners controlled much of the game in the North London derby as they capitulated to a Spurs side who ground out victory. Unable to close it out, however, Mikel Arteta will look with concern at his leaky defence that continues to ship goals at the most inopportune of moments.

While Liverpool might score, we can see Arsenal fighting hard enough for a famous win.

Just a few short weeks ago, Leicester City sat in third place and looked to be cruising into next seasons UEFA Champions League group stage. Fast-forward to mid-July and the Foxes are living up to their scavenger nickname, scrapping for every morsel they can find.

Back at the King Power Stadium, Leicester should be favourites to beat a Sheffield United side who they beat 2-1 on the opening day of the season was back in August 2019. With key personnel missing, however, such as Ben Chilwell, James Maddison and Ricardo Pereira, Brendan Rodgers side have proved they are fallible. While one or two of those injury-hit players might return before the end of the season, they’ll miss Caglar Soyuncu for the remainder of the league campaign and that could hit them hard.

After stuttering slightly upon return from lockdown, The Blades looked very sharp in their dissection of Chelsea at the weekend, and in-form strikers David McGoldrick and Oli McBurnie will make it very difficult.

Our tip: Aymeric Laporte to score at any time (9/1)

Our tip: Toby Alderweireld to score the last goal (45/1)

Our tip: Mason Greenwood to score two or more goals (17/2)