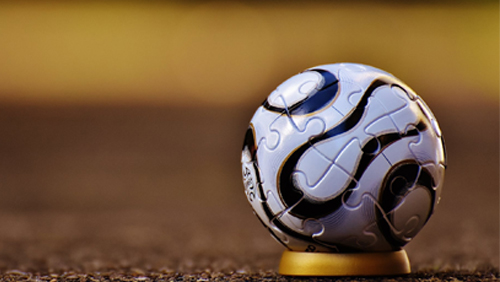 It was a weekend of Premier League football where mistakes were more important than match-winning moments. With fatigue a huge factor and just four games to go at the start of this weekend’s schedule, it was a case of whoever made least mistakes would come out of the fixtures feeling like their EPL fate was in their own hands.

Champions Liverpool could only stutter to a 1-1 draw with Burnley on Saturday that nearly saw them beaten, the width of the crossbar protecting a late Burnley winner. Elsewhere, there were big wins for Manchester City (5-0 at Brighton) and West Ham (4-0 at Norwich to send the Canaries down). Watford also sealed a magnificent 2-1 win at home to Newcastle which put Bournemouth and Aston Villa under massive pressure.

Sunday saw Wolves comfortably ease past Everton 3-0, while Aston Villa grabbed a vital three points with a 2-0 victory over Crystal Palace. The other results were ones that few fans saw coming.

“I don’t want to go into the analysis because it’s only going to be negative and right now, we need to be positive.” Said Frank Lampard after his side’s inept performance at Bramall Lane threatened to derail Chelsea’s Champions League charge. Having now suffered 11 defeats in the Premier League this season, Lampard is clearly under a lot of pressure, with the Stamford Bridge outfit facing five games to save their season.

Three league games, featuring a trip to Anfield and a final game hosting Wolves, will decide Chelsea’s 2020/21 Champions League qualification. With a make-or-break F.A. Cup semi-final to come against Manchester United next weekend, a side who have already beaten The Blues three times this season and a Champions League mercy mission to Germany where Chelsea are 3-0 down from the first leg to come, gaining any silverware or a Champions League place may prove very difficult in Lampard’s first full season.

Their latest stumble came courtesy of a team with no star names but a superb team ethic in Sheffield United. The Blades were sharp all over the pitch, quick into the tackle and lethal at the top of the pitch, strikers David McGoldrick (2) and Oli McBurnie scoring the goals to sink their more illustrious visitors.

Wilder has worked miracles at Bramall Lane this season and Sheffield United could yet qualify for Europe, a dream scenario for the team who were only promoted from the Championship a year ago. You only have to look at what has happened to the other teams who came up with them in Norwich and Aston Villa to mark how great their success has been.

Arsenal went into the North London derby in good form, having won convincingly at Wolves and frawn against Leicester with 10 men after Eddie Nketiah’s red card. Spurs, meanwhile, slunk into the game on the back of a drab 0-0- with Bournemouth.

So it probably came as no surprise to football fans everywhere that Jose Mourinho got the three points as Spurs won the North London derby, as they came from behind after a spectacular Alexander Lacazette opener.

Confusion in the ranks at the back is nothing new at Arsenal but even by their standards, Sead Kolasinac passing the ball so badly between David Luiz and a free run at goal for So Heung Min was shocking. Son, gleefully, rounded Luiz to chip over Martinez to level and thereafter, Spurs had the look of the team who would get the job done.

That they did as the highest-placed team in North London over the last three years leapfrogged their historically more successful opponents when Toby Alderweireld headed home a predictable winner. Mourinho’s men march on in their grim mission to qualify for the Europa League next season and perhaps threaten to end the trophy drought which has plagued Daniel Levy’s club for years.

The talk before the game was not of The Cherries predicament, but more the future of The Foxes central defensive talisman Çağlar Söyüncü. The Turkish centre-back is rumoured to be an £80m target for deposed Champions Manchester City, but on Sunday evening’s form, perhaps that price will be lowered and the purchase be delayed by at least another season.

Leicester started the game well, playing with an intensity despite missing big players like James Maddison, Ricardo Pereira and Ben Chilwell. A first-half goal from Golden Boot front runner Jamie Vardy put The Foxes ahead and all seemed well.

The second half saw Leicester implode, however, as Kasper Schmeichel’s mis-kicked goal kick set up Callum Wilson. Wilfried Ndidi clattered into Wilson, gave away a penalty and two minutes after Junior Stanislas converted that spot-kick, Leicester were behind. A through-ball for Dominic Solanke saw the former Liverpool and Chelsea striker convert for his first-ever Premier League goal, but worse was to come for Leicester, who were 3rd and 8 points clear of Manchester United when lockdown began back in March.

Turkish defender Soyuncu kicked out at Callum Wilson and saw red to head for an early bath and will miss The Foxes’ final three Premier League games. Two more goals were added for Bournemouth as the 10 men of Leicester capitulated in full, but it may be Soyuncu’s absence which is felt more keenly than the loss of three points in the race for the Champions League.