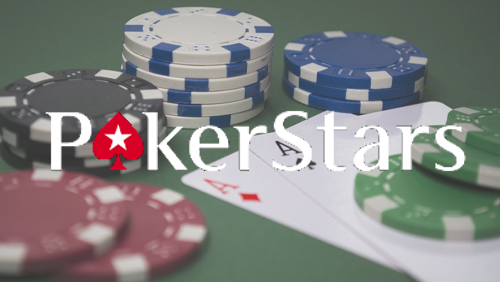 With the benefit of hindsight, think of the worst time in poker history to create a television show based around the best card game in the world.

If you answered June 2010 to July 2011, then congratulations. Sadly for this week’s Poker on Screen show, the PokerStars Big Game came along exactly between those dates and was virtuakly destined to fail from the very first deal.

When the Big Game came along, High Stakes Poker was already a hugely successful show format. The idea of the biggest names in poker sitting down with six-figure stacks, playing for huge pots was a thrilling one to an already captive audience. Why wouldn’t the biggest poker brand in the world try to capitalize on that by creating a show that was very nearly the same but with one exciting new twist?

The PokerStars Big Game was tied to the ‘Stars NAPT (North American Poker Tour), which in the end damned the whole premise. More on that later, but it was a show that deserved a lot longer than it got on air.

The concept itself was a fairly simple one. Of all the players at the table, everyone except one were big names, professionals and superstars from the world of poker. Think Daniel Negreanu, Doyle Brunson, Phil Hellmuth, it was on that scale. The other player, an amateur, is the ‘loose cannon’, who has to play 150 hands of no limit hold’em against five others, playing 30 hands per weekday in the schedules.

The pros stake their own money, the amateur sits down $100,000 of staked funds in order to run up some profit. The amateur had already done the hard yards, however, qualifying via three rounds of PokerStars satellites finishing in the top 300 players of one tournament then a top 1,000 of another then another event where they came in the top 200. Thereafter, a video audition – very 2020 vibe already – was used to sort the X-Factor style back story from the reg-on-the-make profiles

The loose cannons all get to keep whatever they win on top of their initial amount, but nothing below, so from the first hand, they’ve got to go after profit. However, to prevent them losing the lot in hand one, they can only play pot limit before the flop then go no limit after it. That set a strange atmosphere on each hand and gave each hand an odd duality of pre-flop and post-flop play that was genuinely revealing and insightful, possibly not in a way the makers intended.

The pro players can rebuy for up to $500,000, so there is the atmosphere of a shark movie about some of the proceedings, with the loose cannon playing the part of local hopeful who steps int the shark pool. The gift of the show is that each amateur knows they are walking into trouble from the off, with the sharks unaware of what awaits them. With blinds of $200/$400/$100 ante, the ante was paid by the player on the dealer button, so the show was ahead of its time.

With stars such as Joe Stapleton and Scott Huff, as well as Daniel Negreanu’s future wife Amanda Leatherman on the presenting side of the studio, it was a fun show with some great loose cannons. We won’t spoil it all, because there’s a heap of the series on YouTube for you to enjoy along with your online grind this week, but keep an eye out for a player called David Fishman and the lengths he’s prepared to go to in order to win his passport to NAPT fun.

Sadly for the show – and we guess the winners too although this is unconfirmed – the NAPT prize had to be withheld dues to the events of April 15th 2011, otherwise known as Black Friday, online poker was shut down by the U.S. Attorney’s Office for the Southern District of New York after the second season of The Big Game had been filmed.

With stars like Antonio Esfandiari, Jason Mercier, Phil Laak, Barry Greenstein and Tony G playing at the tables and the drama created by all loose cannons on the show memorable to say the least, we loved the concept and execution of a truly innovative show.

You can watch the entire first episode of the series right here and dive deep into a show that would still work in this sort of format to this day. Who wouldn’t want to see the return of The PokerStars Big Game?