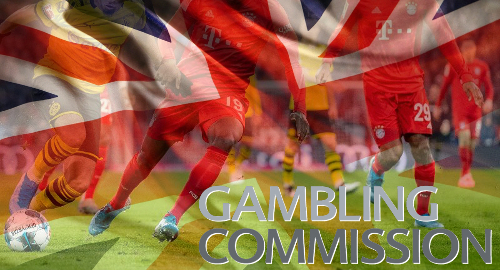 The UK gambling market’s participation rate continues to decline despite the resumption of some major football betting markets.

Figures released Monday by the UK Gambling Commission (UKGC) show there were 14.66m active gambling customers in the month of May, down from 14.83m in April and from 15.62m in March. The UKGC compiled its stats from data supplied by the market’s biggest online operators, covering around 80% of the UK’s online market.

The return of Germany’s Bundesliga football boosted betting revenue to £101.3m in May, up 63.6% from April but still well back of the nearly £161m in March (which included the Cheltenham Festival). Virtual betting suffered as a result of the live game’s return, falling 12% month-on-month to £11.3m, while eSports betting rose 36% to £4.6m (which was triple the March eSports tally).

Online slots revenue jumped 29.4% to just under £184.3m, while other casino games rose a mere 1.2% to £77.9m. Hopes of another online poker boom turned to bust in May, as revenue slipped to £18.3m, down 8.7% from April although that was still 50% higher than March. The poker bust had a negative effect on average gambling session length, which fell 8.3% from April to May.

The fact that online casino revenue – particularly the slots vertical – reported month-to-month gains while active players were down will undoubtedly gin up outrage among the usual media suspects. ‘Engaged’ players, defined as individuals who participated in three or more gambling products over the past four weeks, helped push overall average spend per active customer up 17% from April to May.

In May, the UKGC ordered its online licensees to cease honoring ‘reverse withdrawal’ requests, in which a customer requests a withdrawal but cancels the order before an operator complies, presumably so the customer can continue to gamble. The UKGC called this “a flag for potential gambling harms.”

The UKGC’s May stats show operators reporting over 210k customers making just over 1m reverse withdrawal requests, up from 163k and 838k, respectively, in April. The UKGC said these increases indicate that its ‘cease’ order to operators was “both appropriate and timely.”

However, the UKGC noted that one operator “supplied data using different methodology to calculate the number of reverse withdrawals which may have inflated May compared to April.”

The UKGC also released YouGov survey data from June 16-17, which showed that the number of UK adults who claimed not to have gambled in the previous four weeks slipped 2.1 points to 68.2% from the previous survey on May 6-7.

However, while 1.1% of the June respondents said they’d spent more time gambling and 1.7% said they spent more money, 3.6% spent less time and money. And while 0.4% started gambling for the first time over the past four weeks, 2.1% stopped gambling altogether.