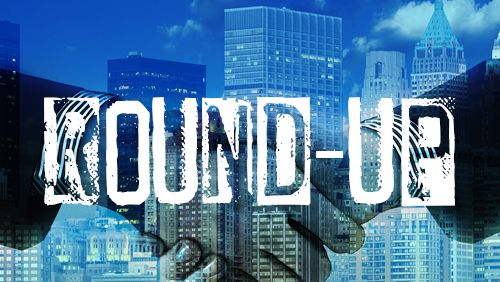 Swiftly-growing aggregator United Remote has bolstered its Account Management team with the addition of Account Manager Daniel Cass to help shape an increasingly influential force in the iGaming industry. Daniel is responsible for managing client accounts, developing relationships and business as United Remote continues to expand across regulated markets.

He joins United Remote from Editec where he held the role of Senior Retention Executive at the fixed-odds sports and virtual sports company. Cass has more than 5 years’ experience in the iGaming sector, having previously held customer support and operations-related roles at Mr. Green and Leo Vegas.

He will be based out of United Remote’s new Malta headquarters in the 14 East skyscraper, Malta’s second tallest building, and will report directly to group CEO Jeremy Fall. Daniel has strong expertise in the banking and financial services industries along with iGaming, and has his finger on the pulse of trends, purchasing habits and the customer journey

Celebrating yet another top tier collaboration with a timed-exclusive effort, the Malta based Software Provider moves towards mega stardom status thanks to the joint collaborative effort towards promoting their next big release, Golden Genie & The Walking Wilds, on non-other than William Hill group.

This marks the first time Nolimit City will be collaborating with the multinational U.K powerhouse along with their flagship owned brands, including the Scandic iconic brands, MrGreen and Redbet international, along with the Latvian frontrunner brand, 11.lv. The timed-release will see Nolimit’s latest title positioned across all sites for an early exclusive timed-release period.

BetVictor will start offering its RedTiger content through CasinoEngine’s advanced APIs. The switch involves the use of a single integration in BetVictor’s front-end, wallet and platform, therefore gaining access to RedTiger’s network jackpots.

Yggdrasil, the innovative online gaming solutions provider, has struck a deal with Betpoint Group which will see the operator integrate and offer the entire Yggdrasil games portfolio across its four casino brands.

Malta-licensed Betpoint Group currently operates the casino brands 21.com, Justspin.com, Nitrocasino.com and Neonvegas.com with a global focus, and are especially strong in the Nordic, German and Japanese markets.

Esports betting company Luckbox is recruiting for five key positions as it targets continued growth through 2020.

The firm recently announced a $4.5m CAD funding raise ahead of plans to go public on the TSX Venture Exchange.

Luckbox is now advertising for a Chief Financial Officer, Head of Marketing, VP of Operations, CRM Lead and a node.js Backend Developer.

The full-time roles can be based in the company’s offices in Isle of Man or Bulgaria, or for the right candidates, fully remote.

Details of the roles can be found here.

EveryMatrix is delighted to announce the naming of Stian Enger Pettersen as Chief Executive Officer for the company’s casino business unit. Previously, Stian Enger drove the product development of CasinoEngine and BonusEngine solutions.

After graduating from Washington State University with a degree in International Business, Stian Enger started his career in iGaming in 2005. He successfully managed several B2C operations before joining EveryMatrix in 2015 as a Product Owner. Stian was deeply involved in shaping the casino platform and building the BonusEngine, a state-of-the-art system designed to help casinos and bookmakers tailor sophisticated acquisition and retention strategies.

In the past 5 years, Stian Enger Pettersen’s advanced technical expertise and deep business understanding of how casinos should operate in today’s competitive landscape, propelled CasinoEngine forward and helped long-time clients such as Norsk Tipping or Wunderino to surpass their ambitious targets, while securing new exciting partnerships with large operators such as Paddy Power Betfair and OPAP, among others.

Through the new integration with CompetitionLabs, CasinoEngine‘s clients will enjoy a large selection of gamification tools, such as tournaments, leader boards and mission-based achievements, which can significantly improve player retention and lifetime value.

Spearhead Studios is thrilled to announce the recent completion of its certification process in the Colombian market. The studios’ entire gaming portfolio is now available in Colombia, including highly successful titles such as Wilds of Wall Street, Lara Jones is Cleopatra and Popstar.

Since launching in November 2019, Spearhead Studios made designing fun and fair player experiences a top priority. Currently, the games are certified in Malta, Sweden, Denmark, Spain, Latvia, Lithuania, Estonia, and Colombia, with many more jurisdictions to come in the upcoming year.

FeedConstruct signs exclusive deal with The Ukrainian Association of Football

The sports data feed provider receives exclusive rights to collect and distribute video streamings and Fast Betting Data from the matches of the Ukrainian Association of Football.

The partnership grants FeedConstruct the coverage of 800+ annual events held throughout competitions like Ukrainian Premier League, Cup, Women’s and Youth Leagues and others. Advocating for competitions’ integrity, the data feed provider will deliver accurate data collected by its network of scouts and video streamings which will find major appeal among the supporters and fans of the Association.

Relax Gaming, the igaming aggregator and supplier of unique content, has further expanded its slot offering with a deal to integrate SYNOT Games’ online casino content.

The partnership, which falls under Relax’s Powered By programme, equips the supplier with SYNOT’s portfolio of over 50 HTML5 titles, including its latest releases Wild Blooms, Rock n Roll Roosters and Sync Spin.

The agreement also offers a fast and effective route to market for SYNOT Games, the igaming arm of online and retail supplier SYNOT Group, as well as extensive distributional reach among tier one operators.

Asia Pioneer Entertainment Holdings Limited (“APE” or the “Company”, with its subsidiaries collectively referred as the “Group”; Stock Code: 8400.HK) is thrilled to introduce its full-range electronic gaming equipment (“EGE”) to the new integrated casino resort HOIANA in Vietnam. The preview opening ceremony of the first phase of the resort is scheduled for Sunday, June 28, 2020. HOIANA is intended to be a luxury resort icon in Asia and a leading travelers’ destination for Central Vietnam, which is located in Hoi An, Quang Nam Province.

SIS (Sports Information Services), the leading multi-channel supplier of 24/7 betting services, today announced that it has acquired the full shareholding of 49’s from the current owners, GVC and William Hill.