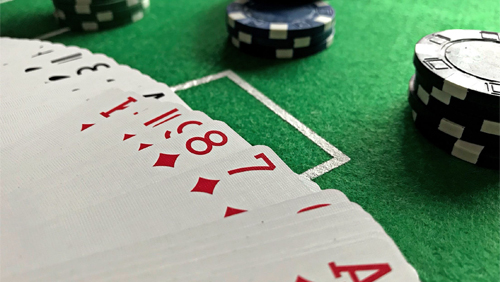 It’s been a very busy few days for poker brands and organization of the next raft of their online poker festivals. With the World Series of Poker currently not happening in Las Vegas but waiting to take place online, other poker sites have got their ducks in a row and have put together a series of poker events that will likely satisfy any bankroll.

The WPT World Championship have announced more of their full schedule and, as reported by PokerNews at the weekend, it’s an all-singing, all-dancing affair. Running from July 17th until September 8th, there are a wide variety of events with mixed buy-ins from the micro level right up to much bigger ones.

$100 million in guarantees across the festival will include a massive $10,300-entry Main Event, the 7th event of the series. There will also be a $25,000-entry WPT World Championship High Roller event, with both that and the Main Event with fixed guarantees of $10 million to each event. A $102,000 WPT World Championship Super High Roller event will have a $5 million guarantee during the series.

With plenty more details to be released (including tournaments worth over 40% of the prizepool), there are sure to be further reasons to book the dates in your diary over the coming weeks, with just over four weeks until the big kick-off. With single re-entries the order of the day, as well as real name players, the prestige of recent partypoker events will be brought to the WPT World Championships and that’s no bad thing.

Poker at King’s Casino in Rozvadov on the Czech-German border ground to a halt many months ago, but after a few cash games, tournaments have been approved by the powers that be. The Balkan Power Circuit may sound like an European electricity sub-station, but its actually the first major tournament event that’s back at King’s, with a €200,000 guaranteed prizepool and there are even two WSOPE tickets up for grabs with it, a fine prize should the WSOPE somehow go ahead in October.

With three other tour events taking place later in both July and August, including the German Poker Tour, the GPT Main Event runs between July 23rd and 27th, with a very reasonable €220-entry into the Main Event giving players the option of four starting flights.

Note: There are currently no requirements to wear face-masks at King’s Casino, although staff will be wearing them at all times.

After many PokerStars events were cancelled for 2020 in its entirety, there were plenty of South American players who feared a local event would not be available to them. Think again, at least for those in Brazil, as the Brazilian Series of Poker (BSOP) will return in an online format from June 26th to 29th. With 14 tournaments including variants such as No Limit Hold’em, H.O.R.S.E. and Pot Limit Omaha, there is a massive $300,000 guarantee attached to the Main Event, which takes place on June 28th and costs $215 to buy-in directly. Satellites run from just $1.10, however, so there’s plenty of opportunities to turn a major event into a micro buy-in.

With so many online festivals mushrooming up on every poker site that has a licence, there are seemingly no end of choice for poker players missing live poker to play in online tournaments with the feel of each brand and maybe even the country in which each tournament was original set to be scheduled in.