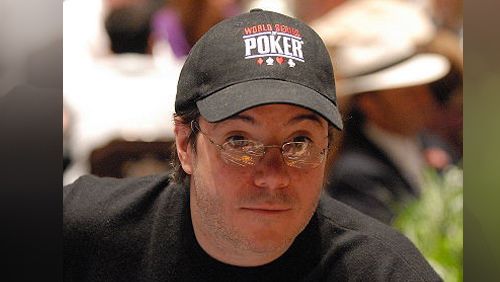 The World Series of Poker Main Event isn’t any old tournament. It is often said that it has both the best and the worst players in the world all playing for the title. In 2006, it was a record top prize for the Main Event, an incredible $12,000,000.

It was eye-watering money for the eventual winner, Jamie Gold to win, and while he was backed into the event and would only eventually be entitled to half of the money automatically after a court case prompted his settlement, it was still big, big money.

In the final hand of the event, Gold was up against Dallas man Paul Wasicka, whose pocket tens were ahead of Gold pre-flop. Gold’s queen-nine hit on the flop, however, which is where the action happened.

Pre-flop, it had all been quite friendly, a raise to 1.3 million chips from Wasicka, a call from Gold. It was the same on the flop, although Wasicka’s bet was 1.5m. Gold, however, played what was his trump card in the event, going all-in and relieving himself of the pressure of making any decision at all. Having made his final move in the hand, he was then free to discuss – heads-up as he had so often in the tournament to that point – the hand in detail.

It’s fair to say that Gold got into Wasicka’s head.

“You don’t have a queen, do you?” said Gold, out of his chair, standing over the table but like his opponent as a spider might to a visiting fly. “I’m already all-in, I can’t change my action.”

As the commentary team at the time said:

“This could be it for Paul Wasicka. Jamie again trying to turn the screws and mess with his mind.”

Gold is pretty relentless in his approach, though he stops short of the kind of non-stop verbal diarrhea that Will Kassouf engaged in four years ago.

“No queen.” Wasicka replies. And as Gold so aptly put it,

Gold then asks Wasicka if he has a pair, and when he confirms that he does, Gold says, “Then you have me f**ked. Let’s do it!”

If only Wasicka listened to none of the words and watched all of the body language, because Gold is jumping around like a man who is about to cash in the winning Lotto ticket.

“I think you’re on a draw,” says Wasicka. Hesitation before the call. Gold knows it and sends in the winning line, the words that will draw Wasicka nearer to the edge of the cliff-face.

“I definitely do not have a good hand, but I think I’m gonna win.’

The genius of this line is that so much of it is true that is sounds believable enough to be heard. Top pair with a nine kicker isn’t amazing. It’s often good in terms of winning heads-up in this position, but it’s not the nuts.

“All right, you talked me into it,” says Wasicka, then Gold asks excitedly if he called. Receiving the answer that he has – there’s a parallel universe where Wasicka denies this and let’s face it, what a universe that would be to live in – Gold goes on virtually a lap of honour.

“Yeah!! This is it!” he shouts, running into none other than Johnny ‘The Orient Express’ Chan. That’s no coincidence, with Chan having mentored Gold through many tournaments preceding the series.

An ace on the river, and Gold is on the edge of history. He’s all over the place, too. If a ten had come on the river, he might have found it hard to carry on. Chan, you feel watching it all these years later, senses this, and is trying to keep his man calm.

The blank river confirms the news that Jamie gold is World Champion and the man himself goes crazy, hugging Wasicka as TV viewers hear the men behind the mic make sense of it all.

“Jamie Gold makes believers of us all! He didn’t just win it. He thundered past a cast of thousands.”

“It was amazing,” Gold told Norman Chad after the win “I think I protected myself well and played well, but of course I got lucky.”

No-one ever talked their way to victory like Jamie Gold in 2006 and to date, no-one has won a bigger prize for taking down the World Series of Poker Main Event.