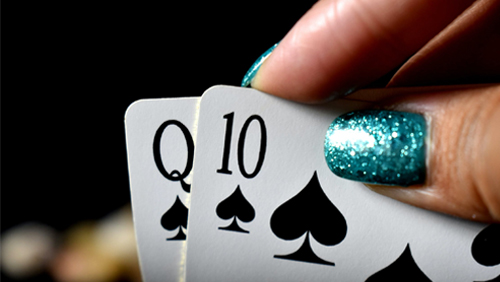 Each week, we take a look at the game of poker making it to the written page in one form or another. This week, popular poker author Jeff Hwang’s look at going from NHLE To PLO is put in the spotlight.

Adapting to modern day poker isn’t so straight forward as playing Game Theory Optimal (GTO) strategy and sticking to No Limit Hold’em. In the 2008 book Pot Limit Omaha Poker: The Big Play Strategy by Jeff Hwang, the idea of swapping the two-card game for the four-card game is explored as an appealing one by the writer in question.

Pot Limit Omaha is of course now one of the most well-loved poker formats to play, and with many PLO tournaments around the world, including many each year at the World Series of Poker, players have embraced the game now. This book is not for you if you’re already au fait with PLO to such a standard that you wouldn’t need advice on how to swap no limit skills for the four-card game.

PLO’s appeal is that bigger pots and more action are virtually guaranteed by the structure of the event and the fact that four cards means more hands are open to turn your hand into a winning one.

The ‘Big Play’ spoken of in the title of the book refers to a few different facets of gameplay in reality. These include the objectives you should have at the start of a game, ‘the power of the big draw’ and what starting hand combinations you should be looking to play. This is very different from how you should approach no limit hold’em, and we found this section the most useful in the book, arming the reader with information and knowledge on what you should play and when.

Position is a different part of the game that the book helps with, too. Offering you a perspective on both limit and pot-limit Omaha game variants throughout the book, you can feel your way into whichever part of PLO interests you most and flesh out your style from there on in.

You’ll need to grow your knowledge after reading this book, of course, but overall, it offers a fantastic platform to playing Pot Limit Omaha and growing within the game of poker in a new and exciting direction if you’ve never played it before.

Hwang is a very competent writer and he is engaging as well as informative. Hwang chose to play PLO for a straight 18 months in preparation for writing the book, and his writing is excellent, pulling you along and genuinely getting your excited about the fun you could be having at PLO tables. There’s an incentive to finish the book simply because you know that when you do, you’ll be ready to get stuck into the games themselves.

If you’re serious about turning from PLO newbie to a profitable player who understands the format and can play it competently, then this book could well be the perfect one for you to buy. It’s available on Kindle via Amazon right here.