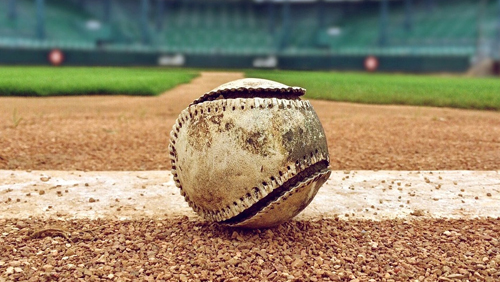 MLB seems more like a game of tennis than baseball lately. Team owners and players are going back and forth over how the season should be resumed, and neither side is willing to sign off on the other’s proposal. The latest move came from the players’ side, and included the idea of seeing a season that would encompass 114 games – much more than the 82 presented by the league previously. It has been asserted that a decision would need to be reached this week if professional baseball in the U.S. were to make a return this year, but that is looking less likely after the league’s latest response to the players’ proposal.

The week ends tomorrow, which means there isn’t much time left to negotiate a season schedule. Granted, it’s not a hard and fast rule that the absence of a deal by tomorrow will automatically call off the season, but owners have now made it very clear where they stand on negotiating. They have rejected the players’ offer to participate in 114 games and have added that they will not be sending a counteroffer to the players’ counteroffer – they’re not willing to negotiate anymore. Explains Ken Rosenthal of The Athletic, “MLB rejected the union’s proposal for a 114-game season and said it would not send a counter, sources tell The Athletic. The league said it has started talks with owners about playing a shorter season without fans, and that it is ready to discuss additional ideas with the union.”
There isn’t need to break out the casket and bury the 2020-21 MLB season yet. Team owners, and more than a handful of players, are savvy businessmen and were able to include language in an agreement they reached this past March when the season was called off. That agreement facilitates certain aspects of games and decision-making processes, including the ability of league commissioner Rob Manfred to make any necessary calls, should his intervention be required. At this point, it would appear that it’s required.

MLB rejected the union’s proposal for a 114-game season and said it would not send a counter, sources tell The Athletic. The league said it has started talks with owners about playing a shorter season without fans, and that it is ready to discuss additional ideas with the union.

Team owners and players are at an impasse. MLB Deputy Commissioner Dan Halem affirmed as much when he sent a letter to Bruce Meyer, the chief negotiator for the players’ union. He asserted, “We do not have any reason to believe that a negotiated solution for an 82-game season is possible.”

As a result, Manfred could now be called in to take charge. However, the story doesn’t end there. Players could always decide to stage a protest or strike, forcing more delays in the restart of the season. Those delays, even if owners were to relent, could lead to the season being canceled. Halem added in his letter to Meyer, ”[MLB Chief Physician] Dr. Khan and his team have advised us that to minimize the risk of a subsequent delay or cancellation of the 2020 season we should endeavor to complete the season and postseason as early in the fall as possible. In addition, your proposal ignores the realities of the weather in many parts of the country during the second half of October. If we schedule a full slate of games in late October, we will be plagued by cancellations.” Were that to be a possibility, the players have already said they wouldn’t be willing to take the field.