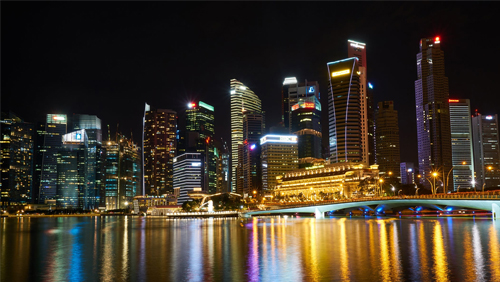 Singapore is looking to get back to business, but not for everyone. As the city-state continues to see new COVID-19 cases, the government has declared that some businesses will be allowed to return to work. Not casinos though, as GGRAsia reports the current gaming shutdown is expected to be extended.

The Casino Regulatory Authority (CRA) has told the outlet that the current shutdown on gambling, which has an end date of June 1, will be extended. The city’s two casino operators, Las Vegas Sands (Marina Bay Sands) and Genting Singapore (Resorts World Sentosa) – have been shut down since April 7.

This announcement comes after the government moved into phase 1 of reopening the economy. The finance and wholesale sectors will be allowed to return to work on June 2, along with the nearly 40 other sectors, adding up for nearly 75% of the economy. This includes consumer electronics manufacturing, logistics, telecommunications and professional services, but not retailers or hotels.

“The government will further monitor and assess developments in the Covid-19 situation to determine the appropriate timelines for the gradual resumption of more businesses and activities, including the casinos,” the CRA noted.

Although Singapore’s COVID-19 tally is fairly high for a single city, at over 30,000 cases, the reported death toll has been kept remarkably low at just 22. The hardest hit sector have been migrant workers, who mostly live in crowded dormitories. 612 new cases were reported on May 22, meaning the curve hasn’t been significantly flattened at all.

But those migrant workers won’t be mingling with those in the finance sector, or many other segments of the economy which are now reopening.

Marina Bay Sands isn’t showing any anticipating of opening anytime soon, unlike one Manila based casino. They continue to state on their website:

“Marina Bay Sands remains closed, in support of the Singapore Government’s ongoing efforts to combat the COVID-19 situation. We are working closely with the authorities on our re-opening schedule, in line with Singapore’s gradual resumption of business activities in phases.”