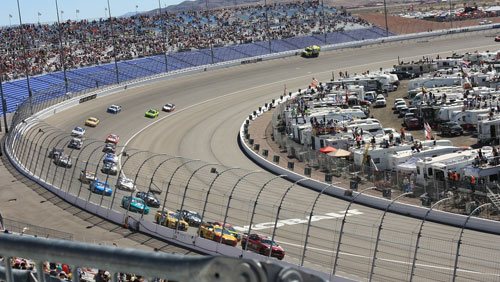 Perhaps back when stock car racing was essentially Southern guys running moonshine and racing each other in their free time, they might have competed twice in the span of three days, but it’s unprecedented for that to happen in modern-day NASCAR.

However, that will be the case Wednesday as the Cup Series stays at Darlington for the Toyota 500 after Kevin Harvick won Sunday’s Real Heroes 400 at the historic track in South Carolina – it’s NASCAR’s oldest superspeedway.

The coronavirus has changed all professional sports in the United States, so NASCAR had to be creative to get as much of its planned schedule in as possible (the goal is all 36). The difference between Wednesday’s race to Sunday’s is that Wednesday’s is at night (7:30 p.m. ET) and will be 500 kilometers (310.7 miles) instead of 400 miles.

Like Sunday, there will be no fans in attendance and no practice sessions or qualifying. Brad Keselowski was placed on the pole Sunday via random draw. He finished 13th but led the second most laps at 80. Keselowski is +750 for Wednesday.

Previously when NASCAR couldn’t run qualifying due to weather, etc. it would set the lineup by car owner points. In that scenario, Keselowski would have started 10th and Harvick on the pole – Harvick started sixth Sunday on the way to winning his 50th career race in NASCAR’s top circuit. He is the +400 favorite for Wednesday. Harvick led 159 of 293 laps on Sunday.

In a very interesting twist, the names of health care workers across the United States were substituted for the drivers’ name above the door on each of the 40 cars.

The lineup for Wednesday has been determined by the finishing order from Sunday, but the top 20 finishers have been inverted. Thus, Harvick will start 20th. Ryan Preece, a +50000 long shot, will get the pole position with Ty Dillon (+25000) next to him. Preece has never won a race in the Cup Series. Neither has Dillon.

Kyle Busch (+750) and Denny Hamlin (+800) are behind Harvick as among the favorites. Busch was 26th on Sunday and Hamlin fifth. Neither led a lap.

NASCAR will return to Darlington for the annual Southern 500 on Labor Day Weekend in the United States.