Home / Poker / Poker in the time of Coronavirus: Italy re-enters the action 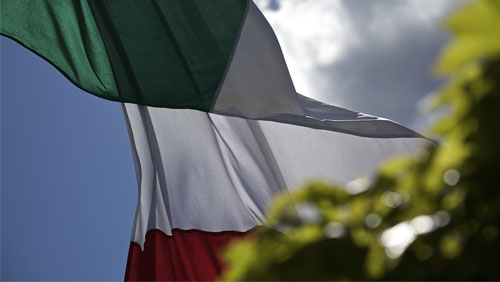 Legendary tournament director Christian Scalzi has seen virtually everything in poker. No-one, however, saw the Coronavirus coming, and the popular Italian personality went from running the partypoker LIVE MILLIONS Main Event in Punta Dele Este in Uruguay to suddenly being in lockdown during one of the most tragic episodes in Italian and world history.

We spoke to Scalzi to understand his personal experiences on living through a defining period of human history whilst maintaining his position in the poker industry to help others.

“Today is the first day in Italy that we can go to a bar or restaurant as normal,” says Scalzi. “We could go a week ago, but only for takeaway. We will try now – if the numbers are OK – to have a normal life, hopefully.”

“Now the problem is the economy because everything was shut down.”

Life has certainly changed beyond all recognition in Italy. When the outbreak hit, it was like a tidal wave across Italy, with the first European epicenter for the virus of Lombardy just a daytrip from San Remo where the Scalzi family were forced into lockdown. Travel from Lombardy to Milan and head south and you’ll hit the Scalzi house as you approach the coast. Sadly, no-one is making journeys like that in Italy.

“You could not do anything in the beginning. You needed written papers to say you can go outside for a specific reason. Now the problem is the economy because everything was shut down. The problem for the people after two months is that unfortunately the government didn’t help like they did in other countries.”

“The next big one, EPT Barcelona, will not happen.”

Poker tournaments in Italy used to be commonplace. They fit in with the social, people-watching, double-cheek kiss society that is known for being familiarly friendly with everyone… until now. Scalzi foresees big delays in poker tournaments returning on a major scale any time soon.

“The problem now is to guess which one will be the first to open and try to have a normal tournament.” says the man many credit with helping to make poker players dreams come true. “In my opinion, the next big one, EPT Barcelona, will not happen. If it’s a small event you can try, but how can you have 500 people in the same room? I think no-one will take the risk to do it. I don’t think full ring tournaments will exist anymore. Even six-max is a problem. My wife is working at San Remo casino and they plan to open next week, but for roulette it is three-handed, for blackjack four-handed.”

That enforced restriction takes away the fun of being a poker player or a gambler. People visit a casino to have fun and relax, not sit behind a Perspex screen like they’re queueing for a form at a local post office. Scalzi’s concerns focus on freelance poker workers who will lose thousands when they miss out on reporting, dealing or officiating at the World Series of Poker in Las Vegas, which so far has been pushed back to October, but which looks extremely likely to bite the Nevada dust.

“The situation in Brazil is getting worse.”

“I saw in Vegas they have some regulations to follow. Socialising is such a big part of it there. Online poker is going so well only because if you want to play, it’s the only way. People can’t travel anymore and therefore the online numbers are getting bigger and bigger. Not all of my customers are play online poker, but they are starting to now, even if it’s not completely the same to live events.”

Scalzi is the master of helping the flow of a cardroom where many languages are spoken between players from across the world. He speaks five languages fluently – Italian, French, English, Spanish and Portuguese – and used all of them when he helped host the partypoker MILLIONS event in South America just a few months ago.

“My last event was in Punta Del Este for the MILLIONS in Uruguay. I was supposed to go to Sao Paulo in April and they have postponed it until October. But the situation in Brazil is getting worse so in my opinion that will be postponed too.”

“It is something new, but the players are still the same!”

With the news that partypoker have opened in Italy, getting the licence just one month ago, Scalzi’s poker and player knowledge was priceless in helping the poker behemoth in setting up in a new country as a national site.

“It’s for that reason that they’ve asked me to work with the country manager who is Italian. We know each other, of course. From the main office, Tom Waters and all the guys at partypoker have asked me if I can work as a reference for the players, advertising our tournaments that have started online. There is a big job behind that, but at least I can keep my same job in the business but in a different way.”

The challenge of adapting his skills at live casinos all over the world to managing players online is akin to those who have swapped offices for Zoom conferencing. It’s different, but the same.

“ It is interesting – it’s something new but the players are still the same! The players contact me to know the structure or guarantees and every day we have a different name of tournament, Berlin, Oslo, to help people who are worldwide. Those events are in our schedule. It is a different job but at least I’m still connected with the poker world.”

“In my eyes, it’s difficult to see one room with 500 people inside.”

Players still want to play poker, and although the game is restricted to the online world for now, everyone wants to know when it will be back in live casinos.

“It’s difficult, because nobody knows. But the players are still asking when the next festival is happening. In my eyes, it’s difficult to see one room with 500 people inside. It’s too risky for everybody and the important thing is that everybody can be safe whether they’re working or playing at the festival.”

Everyone is united in that hope, and as ever, when poker is back, you can be sure that somewhere in the world, so too will Christian Scalzi, slaloming between tables, conversing with players in multiple languages as he now does online, bringing a smile to the face of every player he meets.

Some things will never change.