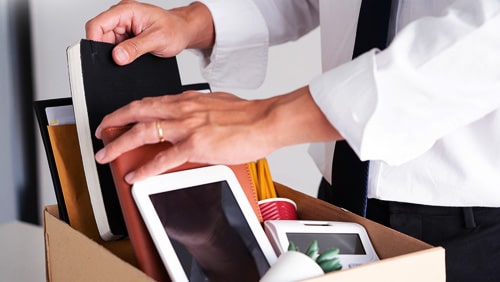 A Las Vegas casino has let its employees – former employees, actually – know exactly the level of respect it had for them. Spoiler alert: it wasn’t much. As the coronavirus pandemic has forced governments across the globe to issue stay-at-home orders, casinos, in particular, have been hurt extremely hard. However, this doesn’t mean that they need to be any less professional or unethical with the people who have kept the operations running. Apparently, Rampart Casino, located at Marriott-branded The Resort in Summerlin missed that memo, and used a pre-recorded message to tell its employees that they were fired. It didn’t even have the common decency to handle the sensitive subject on a more personal level.

Apparently, employees were surprised to receive a phone call this week from the casino and, when they picked up the receiver, they heard VP and GM Michelle Bacigalupi’s voice on the other end. However, instead of a live person, they could only listen as a recorded message stated, “We’ve made the very difficult decision to terminate your employment. We’ve tried to retain our entire team. However, with the continued uncertainties, we are no longer able to do so.” The employees are officially no longer part of the Rampart workforce as of today; however, if that’s how the casino treats its people, they’re probably better off.

One employee came forward to talk about the manner in which the firings were held, staying anonymous as he told the Las Vegas Review-Journal that he wasn’t at all surprised by the move. He indicated that the company has used pre-recorded messages in the past, including to announce the initial coronavirus-forced layoffs and to tell employees to return their uniforms. He added, “We don’t have 80,000 employees. … This is a smaller, intimate property. [The use of voicemail] was disappointing but not surprising.”

It isn’t clear how many employees may have received the voicemail, but some will at least get a little bit of severance pay in the form of a check to be delivered in the mail. None are eligible to be immediately reassigned at the company. Bacigalupi further stated in the voicemail, “We would have liked to have given you more notice to this action but were unable to do so because of how quickly and unexpectedly our operations were affected by the COVID-19 pandemic. These decisions are never made lightly, and we deeply regret the hardships it places on you and your family.” She added that some employees might be able to come back on board “when economic conditions allow,” but a company willing to fire its employees through voicemail is most certainly not on the list of the top ten employers of the year.

Apparently, Rampart and the Resort, which carries the Marriott brand but is owned and operated by Hotspur Resorts, are having an extremely difficult time making ends meet. The resort reportedly now only employs about 200 of the 1,700 found before COVID-19, and the resort could be closed until October of this year.