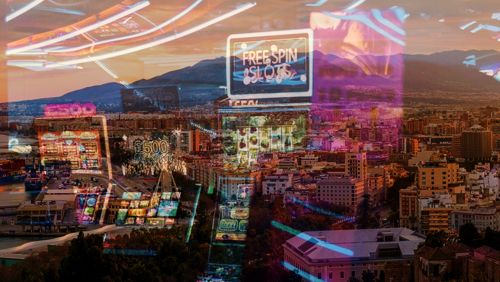 The US seems to be over the hump in its fight with the coronavirus. Casinos are beginning to turn the lights back on across the country this week, with a lot more activity expected to be seen in the next couple of weeks. Elsewhere around the world, the situation is playing out differently, as Macau is already up and running, but the Philippines are still on lockdown. There’s no remedy for the economic illness caused by the coronavirus, and each country has to sort out its own plans to reinvigorate their respective communities. Costa Rica is putting together its plan of attack and, unfortunately for gambling fans, casinos are not going to be viewed as a priority.

Over the next 80 days, Costa Rica and its president, Carolos Alvarado, will roll out its economic activity in phases. Each phase will be closely monitored by health officials, and any sign of a coronavirus relapse could immediately result in the country backtracking on its plans and shutting the economy down once again. Alvarado explains, “Costa Rica has made an effort to abide by the measures imposed by the Ministry of Health and the results achieved allow us to project some of the actions that we will be implementing in the following months.”

There will reportedly be four phases beginning May 16, each with varying assigned lengths before the next one starts. The first will run through the end of the month, the second will go from June 1 to 20, the third from June 21 to July 11 and the last from July 12 to August 2. Health Minister Daniel Salas adds, “If we do not do what we have indicated, not following the rules, this will mean a collapse and we would have to go backward and even reach a general quarantine.”

The first phase includes limited operations at some national parks and beaches, as well as the reintroduction of some recreational sports. Small hotels will also be allowed to reopen, but at reduced capacities. The next phase will find more national parks and hotels, and museums and restaurants start to receive guests, again with reduced numbers. Phase three includes places of worship, some retail establishments, movie theaters and certain sports centers and bars, and phase four covers an expansion of capacities allowed in the various facilities, as well as a plan for how the country’s education system will continue.

Based on the information provided, it’s going to be a long summer for gamblers. If the schedule holds true, casinos won’t be allowed to open back up until some time in August, leading to almost five months of virtually no revenue. That doesn’t bode well for a country that relies heavily on tourism and gambling, but will hopefully lead to expanded options once things return to normal. A push is already underway to reintroduce sports gambling to Costa Rica, and the idea will almost certainly gain more support going forward.