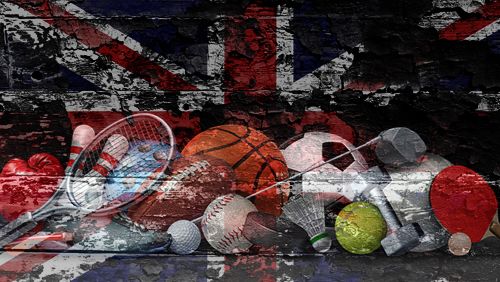 On the heels of the U.K. Brexit, the country suddenly found itself dealing with its first major issue as an ex-member of the European Union. How it deals with the coronavirus may set the stage for its ability to rise again as an independent country, and Prime Minister Boris Johnson, who had to personally overcome the virus, is diligently working on a recovery plan with members of parliament. While the rebuilding process gets underway, the country’s economy will start to find its footing little by little, but sports competitions most likely won’t be a priority.

Johnson addressed the four nations that make up the U.K. Sunday night, explaining that the government is preparing a three-part plan to help the economy reinvent itself. During the entire address, which focused on different aspects of consumer activity and measures being taken to prevent a return of COVID-19, he didn’t bother to touch on professional sports, leaving a lot of doubt about where they fall in the overall recovery plan.

Starting tomorrow, sports activity is possible, but only between members of the same household – family pick-up games to help relieve the stress caused by the global pandemic. Some tennis courts and golf clubs will also be allowed to start back up, provided governing bodies agree, but there are no specific guidelines for sports like the Premier League and others. An update to Johnson’s speech yesterday, included in a document called “Our Plan to Rebuild: The U.K. Government’s COVID-19 Recovery Strategy,” indicated that “cultural and sporting events to take place behind closed doors for broadcast, while avoiding the risk of large-scale social contact” could be permitted as of June 1, but the path that leads to that date is long and complicated.

Should the June 1 target date be achieved, allowing fans to attend games is an almost certain impossibility. The update asserts that fans “may only be fully possible significantly later depending on the reduction in numbers of infections,” adding, “Some venues which are, by design, crowded and where it may prove difficult to enact distancing may still not be able to reopen safely at this point, or may be able to open safely only in part.”

It has been since March 13 that the Premier League has been on a forced hiatus, but players have begun to hold limited individual practices as group practices slowly become integrated. However, not all players are anxious to make a return. Danny Rose, a fullback with Tottenham, participated in an Instagram session with singer-songwriter Don-E after the latest update, stating, “The government is saying we are bringing football back because it is going to boost the nation’s morale. I don’t give a f— about the nation’s morale, people’s lives are at risk. Football shouldn’t even be spoke about coming back until the numbers have dropped massively. It’s bollocks. We’ll see. I’m supposed to be tested on Friday so we will just have to wait and see.”