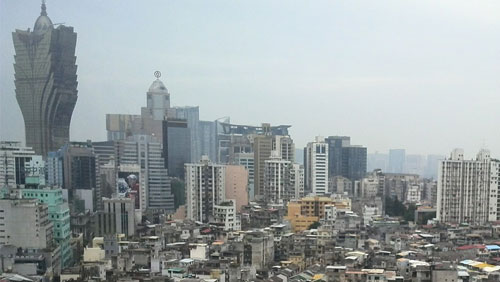 It shouldn’t come as a shock to anyone that casino operators are experiencing some of the roughest times most have ever had to deal with. The coronavirus pandemic has flipped the gaming industry, and plenty of others, upside down and left companies scrambling to figure out how to cover their bills. Wynn Resorts, which has already had to spend the past couple of years righting the wrongs committed by its founder and former CEO Steve Wynn, is facing new challenges because of COVID-19, and the road to recovery just got a lot longer. Its Wynn Macau subsidiary has reportedly substantial losses for the first quarter of the year, and the leak still hasn’t been plugged.

In a financial update submitted today, Wynn Macau announced that it saw a loss of $154.2 million for the first quarter. A year ago, it was able to happily report a profit of $190.6 million, so the difference is quite substantial. Adjusted EBITDA (earnings before interested, taxes, depreciation and amortization) stayed on the right side, though, and was right at $29.4 million. Still, despite being positive, it was a drop of 92.4% from the $386.5 million from the first quarter of last year.

The good news is that Wynn Macau has liquidity at its disposal to help offset the prolonged absence of casino traffic. According to JP Morgan Securities (Asia Pacific) Ltd. analysts, “Wynn Macau had US$1.8 billion of available liquidity as of end-April. As discussed previously, daily operating expenses’ burn is US$2.4 million to US$2.6 million per day.” As a result, Wynn Macau’s liquidity “is enough to weather through 1.5-plus years of zero revenue.”

That liquidity will come in handy. As the analysts pointed out, and which has been confirmed by Wynn’s president and chief financial officer, Craig Billings, the Wynn Resorts is blowing through around $2-$2.5 million each day to stay afloat in Macau. He said on an earnings call this past Wednesday, “Until the reimplementation of visa schemes and full reopening of transit to Hong Kong, we expect the daily burn rate in the US$2.0 million to US$2.5 million range in Macau, excluding interest and capital expenses.” Including the interest, the figure could top out at more than $3 million, which could change the overall forecast for how long the company could survive without an injection of funds.

That Wednesday conference call was convened so Wynn Resorts could report its overall financial health from the first quarter, and the results weren’t attractive. The company saw a loss of $3.77 a share over the quarter, with revenue freefalling 42.3%. Industry analysts had predicted losses of about $1.65 per share, but things were apparently far worse than anticipated. Still, CEO Matt Maddox isn’t throwing in the towel and Wynn continues to work on a plan for recovery. He added on the call, “Our leadership team has been working side-by-side with our host communities, fellow industry leaders, and world-class medical experts to identify and implement strategies to mitigate the impact of the virus on our team members, our guests, and our broader communities.”