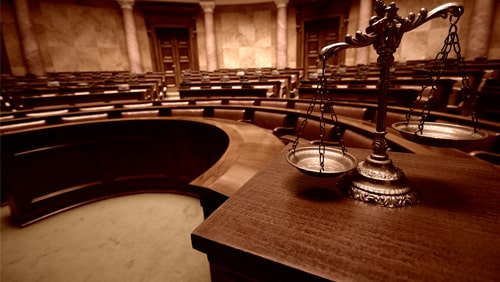 Just because a court says we have to, doesn’t mean we have to. That’s the take-away from a decision by the Darmstadt Regional Council (DRC) in Germany, which has chosen to ignore a court order that prohibits the council from issuing online sports gambling licenses. In spite of the court’s ruling, the DRC is still taking applications from operators and will continue to review them, confident that the courts will ultimately come to their senses.

The Darmstadt Administrative Court (DAC), one of Germany’s five federal Supreme Courts, issued its order after the licensing process was called into question by a gambling operator out of Austria, Vierklee. The company argues that the process of applying for a license to operate a sportsbook in the country is discriminatory and lacks transparency, and the court agreed to halt the process while the case is being heard.

Vierklee complains that, with the new Third State Treaty on Gambling, the criteria for how to apply, as well as who can apply, for a sports gambling license is confusing and that the process favors German companies who have experience working in the online gaming industry. The company also feels that the legal framework is arbitrary and “discriminatory” because it doesn’t provide a uniform date of launch for online gambling.

The suspension ordered by the DAC doesn’t signal that the court agrees with Vierklee’s arguments; only that it is willing to give the grievances a fair opportunity to be heard. In the meantime, The DRC has already submitted an appeal of the suspension with the Kassel Administrative Court (KAC), another Supreme Court in Germany, and will keep its operations running until the final outcome is announced. While it cannot issue any sports gambling license because of the DAC’s order, it can still review and prioritize the applicants. In doing so, once it wins its appeal, the licenses can quickly be issued. Should its appeal be denied, then the money companies gave with their application submissions will not be returned.

The court’s decision was not received well by the gambling community, particularly, the German Sports Betting Association (DSWV, for its German acronym). The group’s president, Mathias Dahms, said after the ruling was announced in March, “The decision of the court is a big blow to our members. Even though we were promised concessions by the legislator back in 2012, an early approval, which should have been made possible by the State Treaty on Gaming, which has been in effect since the beginning of the year, is now once again in the stars.”

He added, “It is particularly annoying that there could have been permits for a long time. The Gambling Council (Glücksspielkollegiums) has not been able to reach an agreement for weeks, even though decisions were all set to be made. This body of 16 competent officials from the state ministries is responsible for the final release of the permits.”

50 gambling companies have submitted applications to run a virtual sportsbook in Germany. This means that the DRC, which is one of just two entities that can approve sports gambling applications, has a lot of work to do and it doesn’t want to be forced to the sidelines while the courts hear the case. It isn’t clear when the KAC will put the debate on its calendar.